What makes for a great beach read? Romance? Adventure? Crime? Comedy? As far as we know, all of the above and then some. For this summer, we’ve selected four witty novels that should glue you to your beach towel while your mind travels all around the world alongside David Hockney, Michael Cimino, the French Harry Potter Ophelia, among other flamboyant and extraordinary characters. 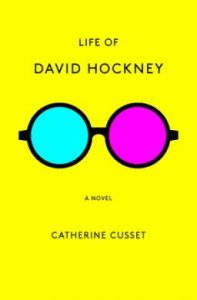 With a title that nods to the Lives of the Saints, a literary genre that was in vogue in the 17th and the 19th centuries, Catherine Cusset throws herself into an exploration of the life of the famed British painter, presenting his artistic, sentimental, and personal commitments as a model for other artists while never beatifying him. Read more.

Life of David Hockney by Catherine Cusset, trans. by Teresa Fagan (Other Press) 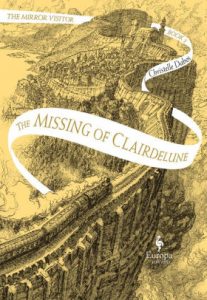 The Missing of Clairdelune firmly establishes Christelle Dabos as one of the most gifted French-language authors at work today in any genre for any age, and I for one cannot wait to see what this astonishing piece of fiction blossoms into in the next volume. Read more. 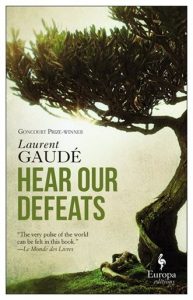 Laurent Gaudé’s lyrical and powerful style strikes again. By ambitiously reviving some of the greatest battles in human history, he not only explores the psychological depths of the great military strategists, but also examines the complexity of what forged us all—and of what remains when victory and defeat have lost all meaning. 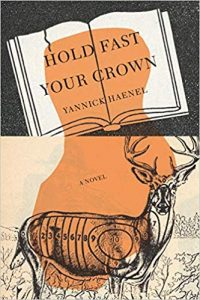 French literature provides an impressive line-up of masterpieces on artists and the creative act (Le Chef d’oeuvre inconnu de Balzac, L’Oeuvre by Zola, Villa Amalia by P. Quignard, Comment Wang-Fo fut sauvé by Marguerite Yourcenar among many others). Unarguably, Hold Fast Your Crown is a brilliant addition to this rich lineage. So pack your suitcase with Melville’s books, Apocalypse Now, and Cimino’s movies; and brace yourself for a wild ride with Jean Deichel at the wheel!