5 Classics to Rediscover This Summer

One of the reasons we booksellers cherish summer is that the media uproar surrounding new publications is suddenly turned down, prompting us to go back to the great literary masters. Here’s a selection of literary classics that we find ourselves going back to over and over. 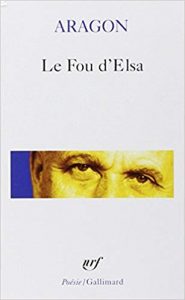 “Passerby, I beg you, spread roses on my tomb”
Maybe you will end up with a bleeding heart…
In 1959, Aragon wrote a book about his muse, Elsa, in the tormented context of the Russian revolution. Elsa Triolet and Louis Aragon met in 1929 when she arrived from Russia to join the surrealist movement in Paris. During the revolution, they both joined the communist party. Read more.

Le Fou d’Elsa, a collection of poetry by Aragon, Gallimard
Click here to purchase this book with us. 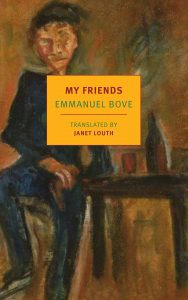 When Emmanuel Bove’s debut novel My Friends was first published in 1924, it turned its author into an overnight sensation. Praised by readers and literary critics alike, Bove was suddenly at the center of all attention. It’s only surprising then that Bove eventually became a writer’s writers, admired by literary giants like Rainer Maria Rilke, Colette, Samuel Beckett, Peter Handke, while his books sought into oblivion each time in between.
Read more.

My Friends by Emmanuel Bove, translated from the French by Janet Louth, New York Review of Books 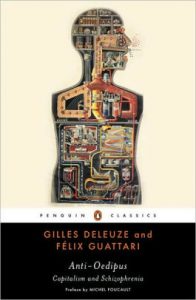 Michel Foucault described this book as “a guide to the non-fascist life”, meaning that it was a celebration of the individual, of humanism, and of Nietzschean ideals. A profound rejection of modern psychiatry, the book draws inextricable links between madness and the establishment of capitalism, suggesting that those who are considered “mad” might actually be more reasonable than us. 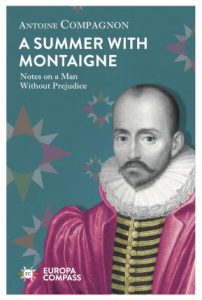 A Summer with Montaigneby Antoine Compagnon

French writer Michel de Montaigne (1533-1592) is often considered the first modern man because of his “intense awareness of and passionate interest in the individuality of himself and of all other human beings,” as described by British writer Leonard Woolf.
Read more.

A Summer with Montaigne by Antoine Compagnon, translated from the French by Tina Kover, Europa Editions 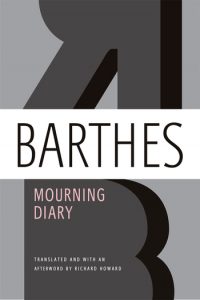 In the entire body of French literature, there is arguably no greater nor more famous expression of love towards one’s mother than that of Marcel Proust in A la recherche du temps perdu. From Swann’s Way to Time Regained, the text abounds in references that the narrator makes to just how extraordinary and remarkable he finds his maman to be. And yet, twentieth-century French writing holds another exceptional story of filial devotion that is less remarked upon: that of Roland Barthes and his mother Henriette.
– Adam Hocker

Mourning’s Diary By Roland Barthes, translated and with an afterword by Richard Howard, Hill & Wang