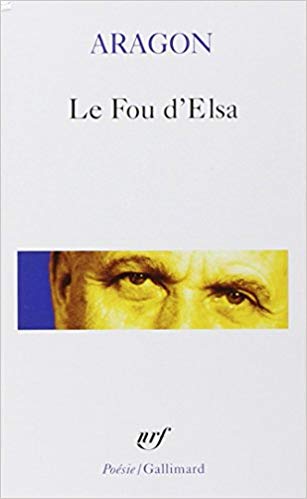 “Passerby, I beg you, spread roses on my tomb”

Maybe you will end up with a bleeding heart…

In 1959, Aragon wrote a book about his muse, Elsa, in the tormented context of the Russian revolution.

Elsa Triolet and Louis Aragon met in 1929 when she arrived from Russia to join the surrealist movement in Paris. During the revolution, they both joined the communist party.

They were married ten years later, and twenty years later Aragon wrote this collection of poems entirely dedicated to Elsa.

In these poems, Aragon struggles with his incapacity to express more than those two words “mon amour”—that are, for him, utterly meaningless. He says “love is not a word” and he tries, with this collection, to prove or define love in a way that is closer to the truth.

Why is there so much depth in these poems? Probably because of their intertextuality. Indeed, through the recurrent motif of the rose, Aragon unveils three subtexts that become the three branches of one same rose.
First, these poems were supposed to form the preface of the novel Elsa was writing at the time, called Rose à credit, which relates the tragic destiny of a woman.
Second, Aragon draws a parallel with The Romance of the Rose where the rose is an allegory of the loved woman.
Third, there are many references to Saadi and his Empire of Roses, where the narrator realizes that roses die too quickly and decides to plant a rose garden. In their plurality, these roses become everlasting.

But above all of this, these poems are even more meaningful within an existentialist context. Despite his surrealist background, here Aragon uses the multiple reflections of the mirrors in Elsa’s bedroom as a metaphor for one’s quest for unity and identity. This existentialism is further developed within a Baroque poetry that expresses sensitivity and emotions and an amalgam of opposites: real and illusionary, sublime and grotesque, true and false…

In the end, Aragon tries to make Elsa more real and perhaps even immortal; and to move away from a lover’s idealism. However, in the attempt to escape this dream, Aragon creates a new one with a beautiful “paper heroine” that inevitably breaks your heart. 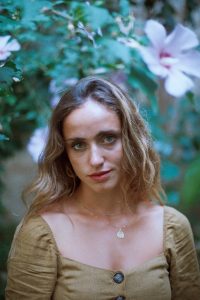