My Friends by Emmanuel Bove 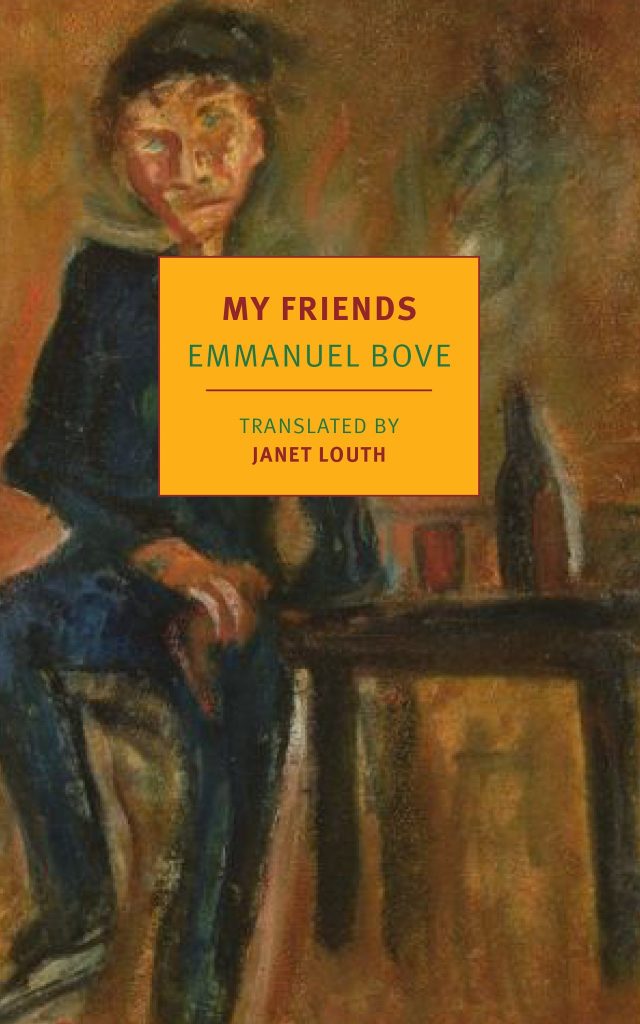 When Emmanuel Bove’s debut novel My Friends was first published in 1924, it turned its author into an overnight sensation. Praised by readers and literary critics alike, Bove was suddenly at the center of all attention. It’s only surprising then that Bove eventually became a writer’s writers, admired by literary giants like Rainer Maria Rilke, Colette, Samuel Beckett, Peter Handke, while his books sought into oblivion each time in between.
Could it be because of the false simplicity of his tone? the lack of bombast of his work? Or just because Bove favors mediocre characters with ordinary and uninspiring lives, the kind of protagonists who remain at the periphery, forever excluded from the inner circles, reserved to the rich and successful ones.
In My Friends, Bove’s gift for portraits is blatant. With great humor and a remarkable sense of details, he describes the mundane daily life of Victor Baton and his harrowing quest for friendship. Hilariously funny at times, compelling at others, My friends brilliantly captures the fragility of mankind and the fragrance of 1924’s Paris.

My Friends by Emmanuel Bove, translated from the French by Janeth Louth, New York Review of books