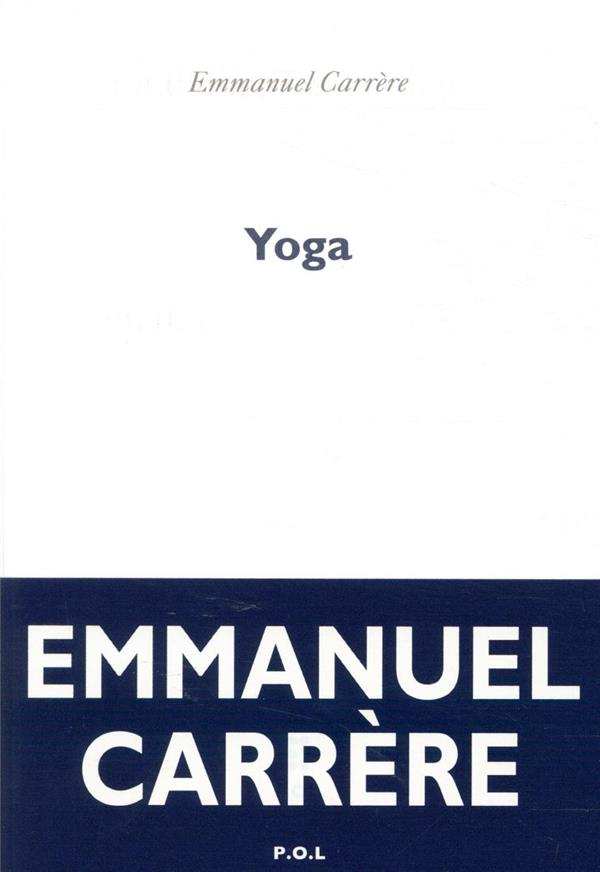 This was supposed to be a “smiling and subtle” book about yoga…
Emmanuel Carrère, who has been practicing yoga for 35 years, is at a 10-day Vipassana meditation retreat where the participants can neither communicate among themselves nor with the outside world (telephones are not allowed as well as books and even notebooks) when the Charlie Hebdo attacks happen. Having been asked to write and read a text in honor of Bernard Maris, he must brutally interrupt the retreat and return to Paris. Over the course of the following months his life falls apart: first with the end of his marriage, of which he was so proud; and then with the breaking off with his mistress with whom he had an episodic and mysterious relationship that was just as meaningful. Next follows a period of deep depression that will notably lead him to being interned at l’hôpital Sainte Anne and having electroshock therapy sessions. To try to divert this now unbearable daily rhythm, he spends several months on the island of Lesbos moderating writing workshops with young migrants. It will be an occasion for wonderful encounters, still not without mystery, with young Afghan refugees and with the creator and principal moderator of the workshops.

Emmanuel Carrère undoubtedly has no equal, all while writing about only himself, in making us reflect on our own questionings about the fundamentals of our lives. If pain is strongly present (rarely will one read pages as precise about depression as a mental illness and the inner struggles that it brings), Emmanuel Carrère also offers us a lot of breathing room in this narrative. One smiles often: as much for example when he describes the meditation sessions to us at the beginning of the book as when he evokes how Paul Otchakovsky-Laurens—his editor and long-time friend whose accidental death just weeks later only makes the story that much more poignant–discovers that he only knows how to type with one finger!

Above all, Carrère seems to guide us in better appreciating the moments of pure joy that accompany our lives, no matter how fleeting or mysterious–like that of the pianist Martha Argerich when she performs Chopin’s Polonaise No. 6, The Heroic, at 20 years old.
Yoga is one of those precious books that make us want to try to become better human beings, for others as much as for ourselves (as well as to get us into Tai Chi!).
When finishing this book, I had the hope that its wisdom would stay with me as much as possible. And maybe that’s why Yoga is the best possible title for it!