A Permanent Member of The Family 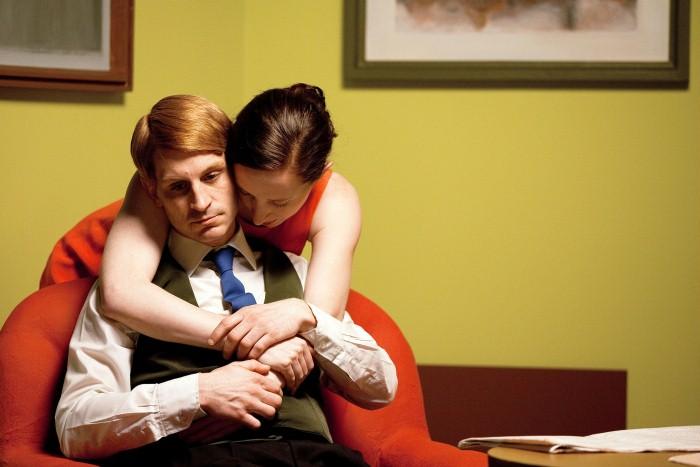 As Vivian Gornick wrote in her collection of essays The Men in My Life, ‘there’s a kind of American stories that is characterized by laconic surfaces and tight lipped speaking voices’. The writers she had in mind while writing this line are Raymond Carver, André Dubus, and Richard Ford. The stories assembled in A Permanent Member of the Family belong to that lineage. Like André Dubus’s narrators, many of Banks’ protagonists “have been made inarticulate by modern life. Vulnerable to their own loneliness, they are forced into an attitude of hard-boiled self-protection. Yet they long for things to be other than they are; they yearn, in fact, for tender connection.”

That is strikingly true of Harold, the main character in Christmas Party, who is invited to the home of his ex and her husband for a party and discovers that they lead the life he had always dreamed of.

“He was thinking of his divorce from Janice seven years ago, the end of a brief but perfect marriage – a marriage ruined by the affairs and dalliances that had resulted from his refusal to come in off the road and live and work close to home, maybe run a bookstore, turn himself into a domesticated man, a faithful husband because watched, a secure husband because watchful. When a terrible thing happens and it’s your damn own fault, there is no closure, he thought. Whatever happened, you live with it.”

In Former Marine, a father – who went into debt up to his eyeballs to pay for his sons’ college – refuses to give up his role as the family provider to ask his boys for financial support. His decision has tragic consequences.

In Blue, a black woman gets ready to spend the night atop an SUV parked in a chained and locked used car lot guarded by a dangerous pit bull. Not even 911 is ready to help. “Too bad you’re not a cat in a tree. Fire department would be there in 5 minutes” notices a young boy passing by.

A Permanent Member of the Family makes you feel as if you were reading stories about your next door neighbors, your dearest friends or close family members. The way Banks dissects their lives, their failures, together with their vulnerabilities simply annihilates any distance you could try to keep in order to protect yourself from the disasters of their existences. This has to do with the precision of his language – a precision that never fails to seize the mundane details of his characters’ lives –, with the way he paints social and financial systems that inevitably crush his heroes, as well as with his capacity to unveil either the cruelty or the infinite tenderness, that motivate their behavior.

Besides their loneliness, and insatiable need for consolation, nothing feels really permanent in Banks’s characters. He sizes them at a point when they are adrift in their own life – lost, sad, and hurt as if they had absorbed all the violence that surrounds them.

Russell Banks will be in conversation with French novelist Clémence Boulouque at Albertine on January 20 at 7pm.