In honor of Women’s History Month, we’ve put together a list of books written by three independent and inspiring women whose lives were shaped by historical events – turning them into symbols of courage and heroines at a young age. Topping off the list is a collection of articles by Janet Flanner, the legendary New Yorker journalist: Paris est une guerre is a mine of information and a delightful read for history buffs. 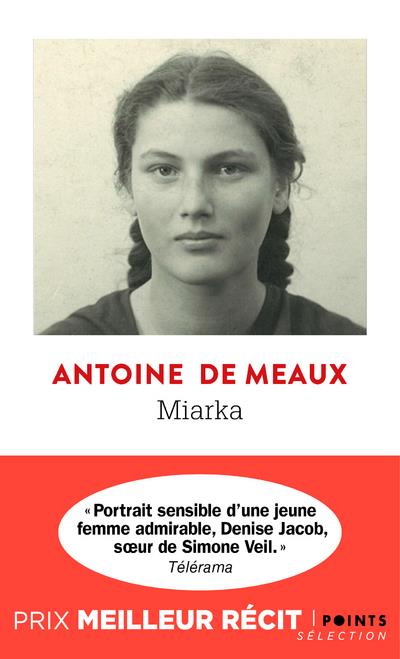 Denise Jacob was just nineteen when she joined the Resistance under the name of Miarka. As a liaison agent in Lyon, she collected requests for false documents until the day of her arrest on June 18, 1944. Miarka showed extraordinary courage while subjected to torture by the Gestapo, captured, and then imprisoned in the Ravensbrück and Mauthausen concentration camps. At the same time, her family, including her little sister, the future Simone Veil, was thrown into the darkness of the Holocaust. Using unpublished records, Antoine de Meaux tells this deeply moving story of Miarka and her family. 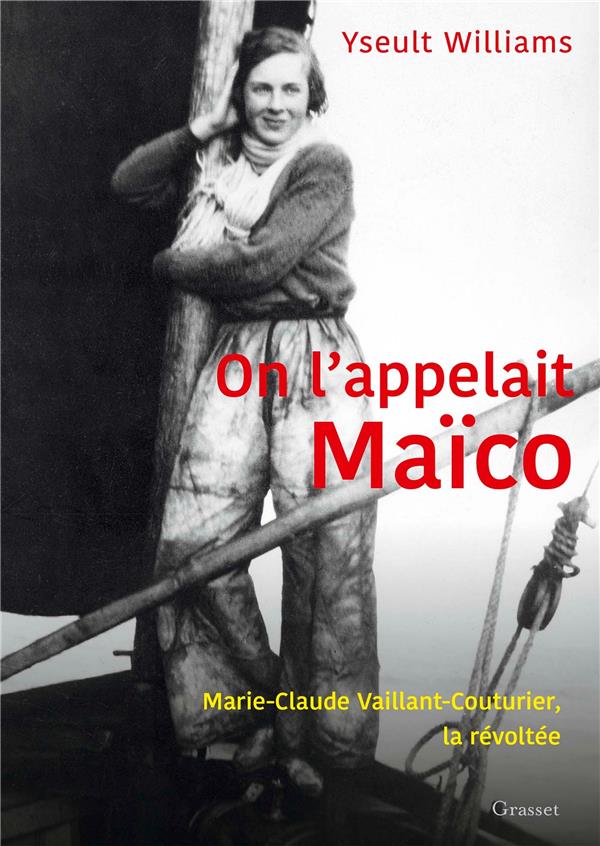 Marie-Claude Vaillant-Couturier, known as Maïco, was one of the greatest rebels of the 20th century. As the daughter of Lucien Vogel, the avant-garde editor, and Cosette de Brunhoff (the sister of Babar’s creator, Jean de Brunhoff), Maïco rubbed shoulders with the intellectual elite of the 1930s – including Aragon, Picasso, Gide, Malraux, and many others – and posed for Vogue at the age of eighteen. She dove into photography, spending time with the Capas, Cartier-Bresson, and Gerda Taro. In 1933, she took part in a covert mission to report on the Dachau camp, and got the scoop of the century at just 21 years old.

Soon after, she met Paul Vaillant-Couturier, the famous communist leader and Editor-in-Chief of L’Humanité. It was love at first sight. Love and politics merged when he died in 1937, leaving Maico with his faith in the Popular Front, and making her a widow at the age of 25. A member of the Resistance, she was deported to Auschwitz, and then to Ravensbrück where she chose to remain after being released by the Red Army to care for the sick. In 1946, she testified as a witness at the Nuremberg trials. Her account of the atrocities she witnessed in the Nazi concentration camps quickly spread around the world.

After being elected Deputy Leader, she had the National Assembly vote on the imprescriptibility of crimes against humanity, all while maintaining her devotion to the USSR and her faith in communism. 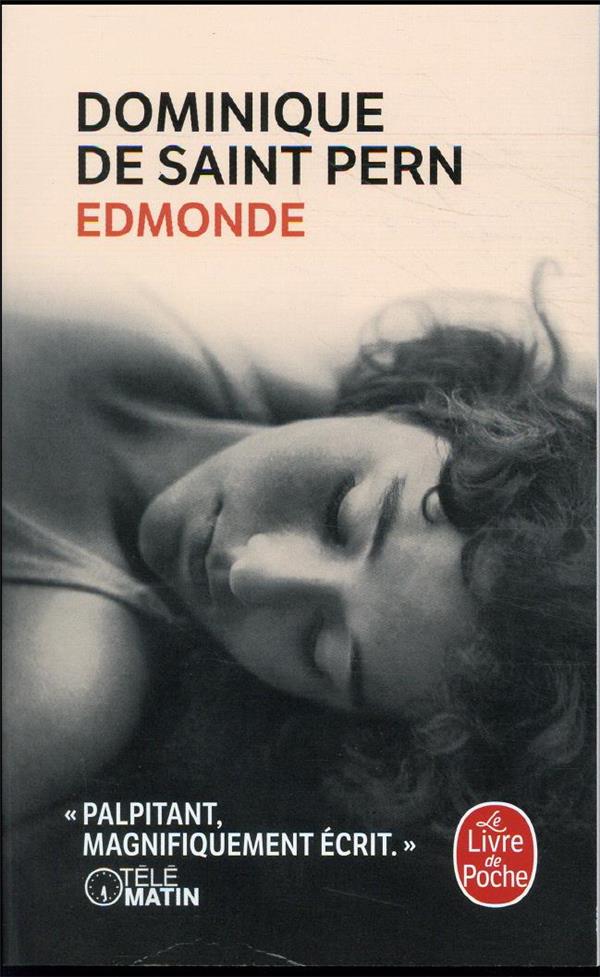 The tragic ball begins in 1938, from Rome to Marseille, from one alcove to another and one palace to another. Ambassador François Charles-Roux’s daughter is ready for marriage, like many other young girls of her age, but nothing goes as planned. Love is snatched away from her when her fiancé dies on the battleground in Albania. The France that she knows is overrun by the Vichy government, which is part of her father’s doing, as he knew how to avoid the traps of collaboration. Her bond with her sister, the beautiful Cyprienne, is also broken by the Italian Blackshirts. One moment, one is dressed in cashmere and skiing in Megève, the next moment one is engaged in the Resistance. One moment, one is playing the piano with Samson François, and the next one hiding refugees in the yard. Beneath the bombs, in the office of power, and in the military infirmaries, Edmonde The Soldier of the 5th DB fears nothing. In 1945, she’ll be neither married, nor duchess. Edmonde won’t be part of a beautiful world – she’ll be part of all of the worlds at once. 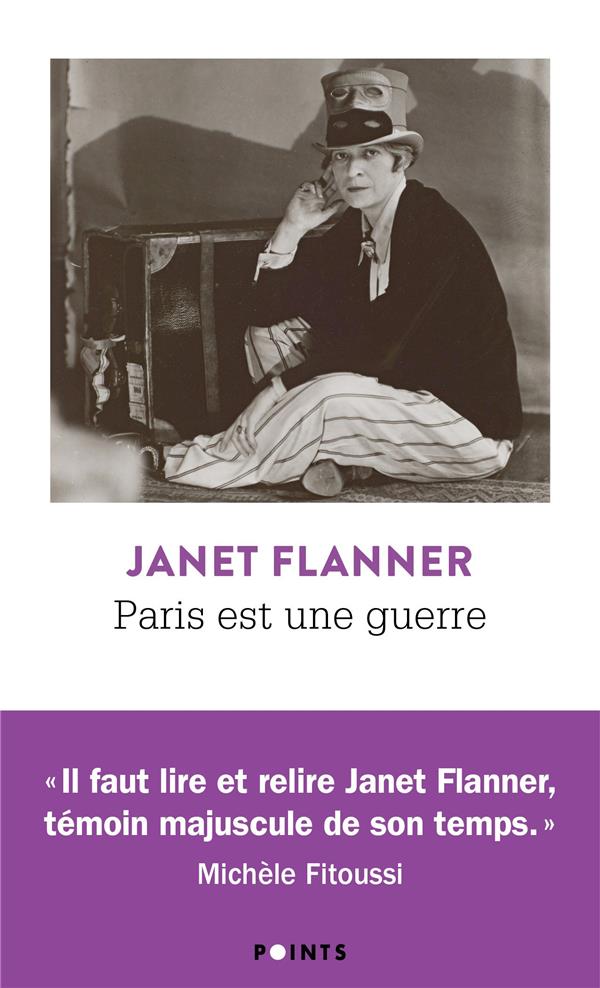 In 1925, Janet Flanner began writing as the Paris Correspondent for the famous New Yorker magazine. When World War II broke out, the daring journalist returned to the US but continued to describe Paris and France under the Nazi yoke. Despite being thousands of miles away, she described Paris in great detail and with accuracy, as if she was still living there. Sometimes serious and sometimes ironic – Flanner’s pieces closely examine cowardice and heroism of daily Parisian life in World War II.

Sandrine Butteau
Originally from Nantes, France, Sandrine, in her former role as Head of Administration at the Cultural Services, was a core member of the team that defined Albertine’s DNA and shaped it as a bookstore and cultural center dedicated to intellectual exchange. Previously, she worked in the cinema sphere in Paris, Nantes, and New York. Sandrine lives in the most bustling part of Manhattan––Chinatown––and is passionate about books, cinema, yoga, gastronomy, and travel.
Other recommendations by Sandrine Butteau
SHARE ON