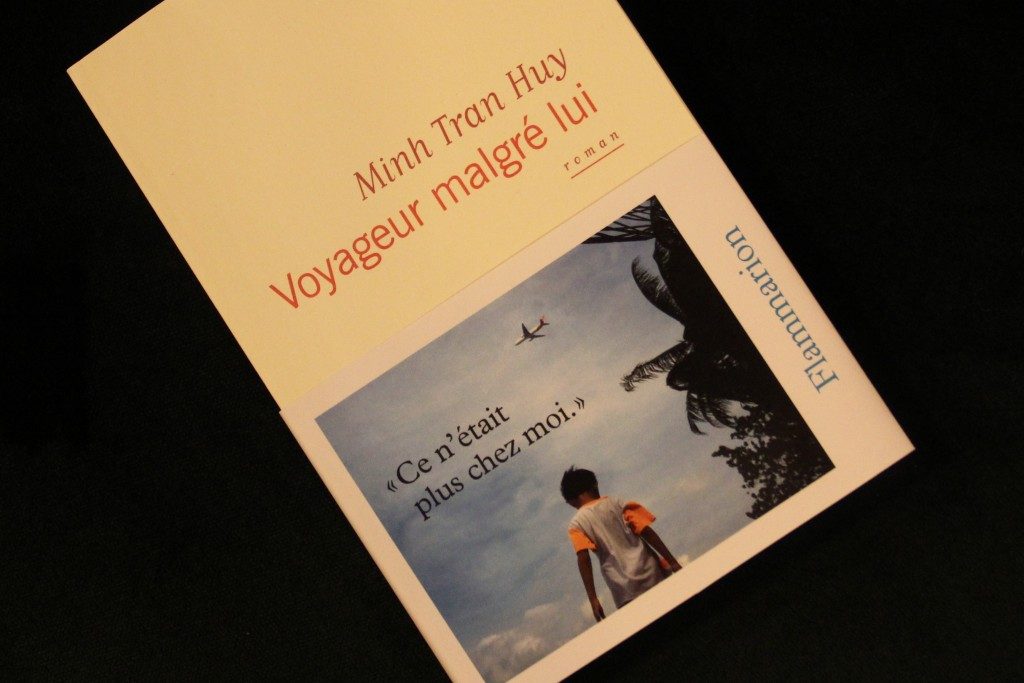 Like the hero of Brian de Palma’s Blow Out, Line – a young woman of Vietnamese descent – makes her living recording sounds. Over the course of a few summer days, as she is touring New York museums, she comes across an artwork referring to Albert Dada, a famously obsessive walker of 19th-century France, taken by an irresistible desire to explore wider horizons. The strange case of Albert Dada and the tragic destiny of an Olympic Somali runner named Samia Yusuf stir memories immigrants from Line’s past – Uncle Tinh, cousin Hoai, and her dearest father – whose lives were shattered by the civil war in Vietnam.

In Voyageur malgré lui, Minh Tran Huy forms silent ties, establishes Sebaldian correspondences, between ordinary – and less ordinary – people whose lives were destroyed in the chaos of the 20th century. With delicacy and a profound and rare intelligence, Minh Tran Huy saves these anonymous existences from oblivion. In a clear, straightforward, and melancholic voice, she restores their lost humanity.