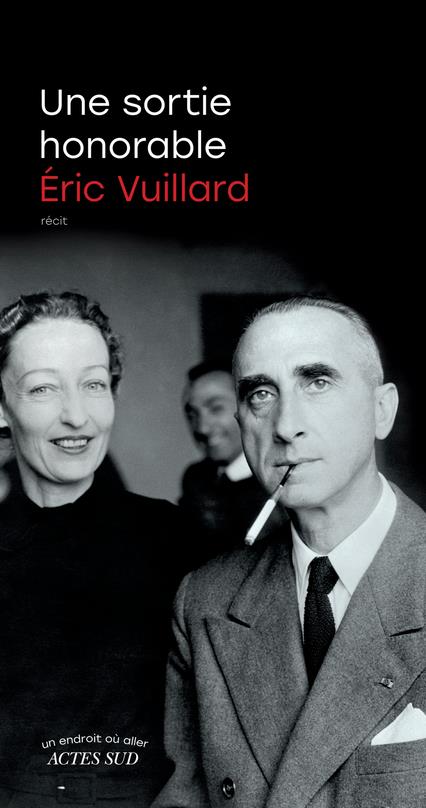 How do you address the highest atrocities in human history? This is perhaps the question underlying all of Eric Vuillard’s work. Whereas most of us, when confronted with such atrocities, would resort to banal oversimplifications (i.e. “it was awful/horrible/inhumane”), Vuillard deliberately avoids describing the barbaric scenes which overwhelm us with emotion and risk defeating our capacity to describe. Vuillard focuses instead on the forgotten and unwritten scenes left out of history books, and characters whose names we quickly forget, that reveal to us these disastrous events in a strikingly different light.

Each of Vuillard’s books invites the reader to reconsider the great national narrative, beyond historical dates and the lives of famous men. Vuillard draws our attention to speeches and behaviors – through perfectly crafted sentences in cleverly arranged scenes – that reveal the opulent world of a handful of individuals who inflict unbearable violence on entire populations.
As explained in an interview given to France Culture, Une sortie honorable begins with Vuillard’s discovery of a touristic guide of French Indochina from 1923, with the following expressions inside: “Avance / recule / déplie la capote / conduis-nous à la banque / au restaurant,” (“move forward/ move backward/unfold the hood/drive us to the bank/to the restaurant”.) The poor quality of speech, use of the imperative and absence of basic politeness reveals colonialism in all its brutality.

The real subject of Vuillard is always the language, and in these pages, he exposes the mechanism of the colonizer’s language (the famous “éléments de langage”) within a few scenes: a visit at a rubber plantation – where the coolies are chained to trees when they are not simply tortured –, to a parliamentary session in which Pierre Mendès-France exposes the excessive price of war, to Jean de Lattre de Tassigny’s speech on NBC in which he asks for America’s help, to exposing the French military’s miscalculations under Henri Navarre, and describing the board of directors of the Banque Indochine Suez.
While dissecting its language, Vuillard unveils the true brutal nature of colonization: a complicated social and political system that attempts to camouflage its plans for exploiting another country’s resources under the illusion of converting and educating its people, building bridges and roads, and the like.

Une sortie honorable by Eric Vuillard, Actes Sud
Click here to purchase that book with us