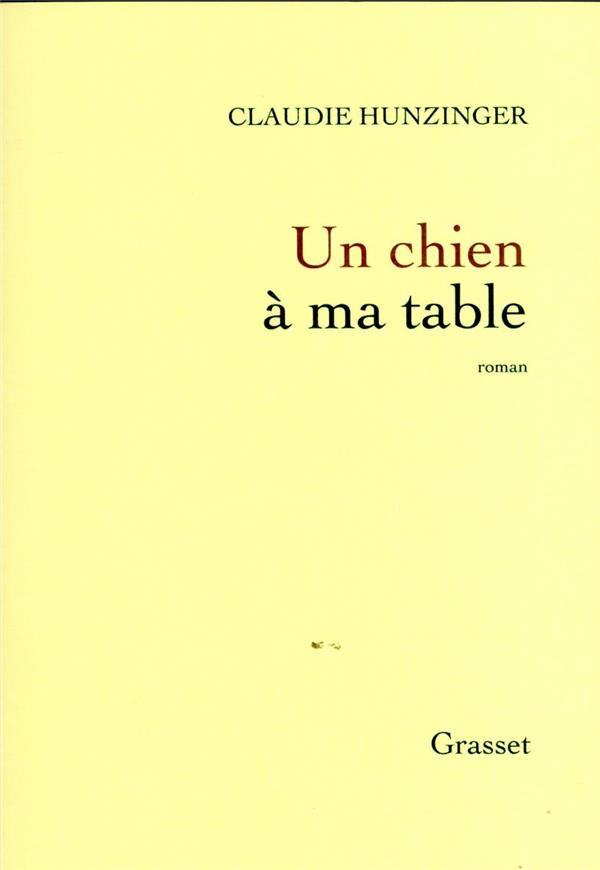 As I read Claude Hunzinger’s autobiographical novel, Un chien à ma table, I felt a strange sensation, the kind one rarely experiences when reading a text: that of being at home, even returning home. My places of living are at the geographical and environmental opposite of the cabin lost at the bottom of the Vosges forest in which her characters – 82-year-old writer Sophie Huizinga (like Claudie Hunzinger) and her husband, a relentless reader, Grieg (Hunzinger’s husband’s name is Francis) – reside. This recluse is constantly following the world news, even if he has completely given up on improving or finding meaning in the world. He’s convinced that “the world is full of holes; we can no longer deny it. And what pierces us sucks us in.” “Grieg said that we got used to it. That’s all. That we’d get used to the worst. That we’d slowly normalize the unbearable.”

Gone are the days when Claudie Hunzinger and her husband Francis established themselves as pioneers of an alternative life, raising sheep for meat and then for wool, leaving behind them the affluent society of the 1960s built on consumption and scientific and technological progress.

Reading Hunzinger’s first novel, Bambois, la vie verte, in 1973, was a shock for me and for many young people of my generation. In these happy-g0-lucky times, an authentic life – one closer to the essential, which sought to define itself socially, philosophically, and politically – seemed possible. Bambois was a model for such a life, and journalists and others sought it out through various reports.

Fifty years later, as I’m reading with excitement Un chien à ma table, I recognize “us” there. “Us”? All of these friends with whom I’ve engaged, individually or in a group, on the best way to live today and in the times to come; but also, all these writers, translators, critics, and philosophers concerned with the planet’s capacity.

The power of reading celebrated by Grieg, and the power of writing to which Sophie devotes herself remain present in Un chien à ma table. Hunzinger strongly affirms how it’s possible to stick with her choices made in the 60s, while also taking into account the passing of time, and with it, the body that slips away, and how nature  has changed, all these different causes of suffering. The little dog who shows up at her door and gives her the energy to roam the forest also leads her to write her new book. Sophie names her “Yes.” While wondering if she should invite her to the table, a little voice tells her “yes”; a spirited yes to the life that marks and closes Molly Bloom’s monologue in James Joyce’s Ulysses: “and yes I said yes I will yes.”

This sentence is a magnificent counterpart to Thoreau’s maxim, which Professor Keating quotes to his students in the influential 1989 film, The Dead Poets Society: “I went to the woods because I wished to live deliberately. I wanted to live deep and suck out all the marrow of life.”

Since the publication of his founding book of “nature writing,” Thoreau’s handmade cabins on the edge of Lake Walden, in the forest by the small town of Concord, MA, remain the symbol of this sober yet intense life; listening to nature and all the living beings that inhabit it.

Claudie and Francis’ house has changed a lot since the 1960s, when the snow would fly into the large room where Claudie wove wool. However, in Un chien à ma table, she’s able to keep her characters, Sophie and Grieg, in a house that lacks comfort and out of the way from the nearest village: It’s a way of maintaining and weaving a thread of continuity and coherence between her work and life since the end of the 60s. The only passers-by in the area of Bois-Bannis are hikers on a fitness trail, and sometimes a troubling group of survivors training to outlive the worst: “Winners of the future and muscular. Arms covered in snake tattoos.”  Sophie feels committed to “opening the barriers that separate biological species,” humans and animals, and even humans and plants. At 82, she persists in her desire to live without borders, immersed in nature, not unlike the Penoscob Indians whom Thoreau observed thoroughly near Walden in the 1850s. In our current era, we’re relearning the importance of listening to the survivors of the “first peoples” across the planet who draw from their ancestral roots to resist, reinvent themselves, and relate to the world.

When Sophie prepares a holiday meal, she serves blueberries. For her and Grieg, fresh red or black berries are the pleasures of good times.  Near the end of his life, Thoreau wrote a conference paper to develop his ideal of a frugal and harmonious life in a nature economy for humankind. He symbolizes this paradise with the figure of the wild berry, which is on the verge of endangerment, and particularly the American blueberry (huckleberry). In addition to translating Thoreau’s 7,000-page diary, Thierry Gillyboeuf has very opportunely reissued Thoreau’s conference paper titled “Myrtilles, la beauté des petites choses” (Payot et Rivages, Poche).

These little things are the fragile threads that have held together Sophie/Claudie’s writing from an early age, while she experienced abandonment. They still nourish her work inscribed in the tradition by Thoreau a century earlier. For readers across several generations, this persistence and coherence indicate that even in this world that “is on its course towards the worst (…) one can very well write (and read!) with tears in their eyes” and stay awake from dawn until the evening’s peace.

Thank you to Thierry Gillyboeuf for his lecture on Thoreau at Espace Andrée Chedid (Issy-Les-Moulineaux) : I was in the middle of writing this, and it benefited from certain things that came to mind from his lecture. 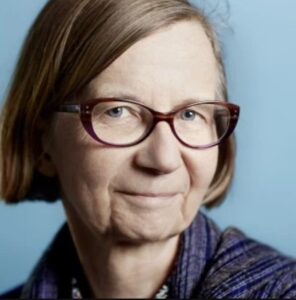