The Ravishing of Lol Stein 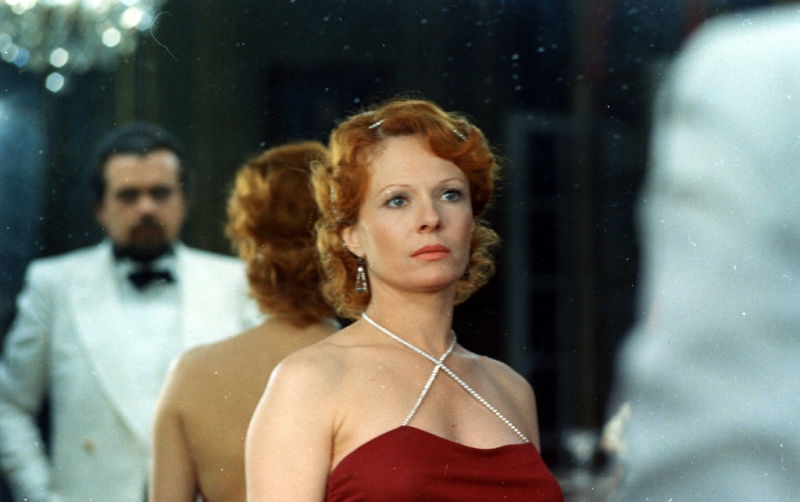 Lol V. Stein, married with kids, returns to the city of S. Tahla, a city where, ten years ago, her fiancé at the time, Michael Richardson, left her for another woman, during a ball.
The novel invites the reader into a world both familiar and strange. Reading The Ravishing of Lol Stein is a complete experience in itself. It requires that you give in to its spells, to its asymmetrical dialogues, and that you enter a narrative that keeps moving forward though the story itself has long since ended.”Personally, Tatiana did not believe that Lol Stein’s insanity could be traced back solely to that ball, she traced its origins back further, further in Lol’s life, back to her youth, she saw it as stemming from something else. In school, she says, there was something lacking in Lol, she was then strangely incomplete, she had lived her early years as though she were waiting for something she might, but never did, become. In school, she was a marvel of gentleness and indifference, she changed friends with abandon, she never made the least effort to combat boredom, nor had she ever been known to shed a sentimental school girl’s tear. When the rumor of her engagement to Michael Richardson first became known, she, Tatiana, had only half believed it. Who could Lol have found, who could ever have captured her unfinished heart?” The Ravishing of Lol Stein, (Le Ravissement de Lol V. Stein) a novel by Marguerite Duras, translated from the French by Richard Seaver, Pantheon Books