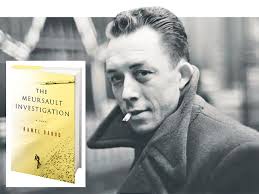 Finally available in English, after months of international acclaim and a Goncourt for Best First Novel in France, Kamel Daoud’s examination into the imagined life of the unnamed dead “Arab” in Albert Camus’s The Stranger certainly deserves the attention it’s garnered. Starting from the premise that Camus’s novel was in fact a memoir, and that he escaped execution, Daoud gives the victim a name, a family, hobbies, interests — in short, a life, which the narrator (the victim’s brother) rightfully feels was erased in the aftermath of The Stranger‘s success. Daoud also very cleverly draws upon Camus’s style and structure, creating a novel that evokes and pays homage and challenges its inspiration. The latter sections of the book address the very circumstances that allowed for Camus’s “memoir” to be written and praised, and for him to get away with never naming his victim. Of course I’m referring to colonialism, and the narrator recounts his own relationship to it and and his role in the fight for independence with forceful elegance. Daoud has not re-written history in The Meursault Investigation; he’s added some much-needed perspective.

The Meursault Investigation by Kamel Daoud, translated from the French by John Cullen, Other Press