The House of Fragile Things: Jewish Art Collectors and the Fall of France by James McAuley 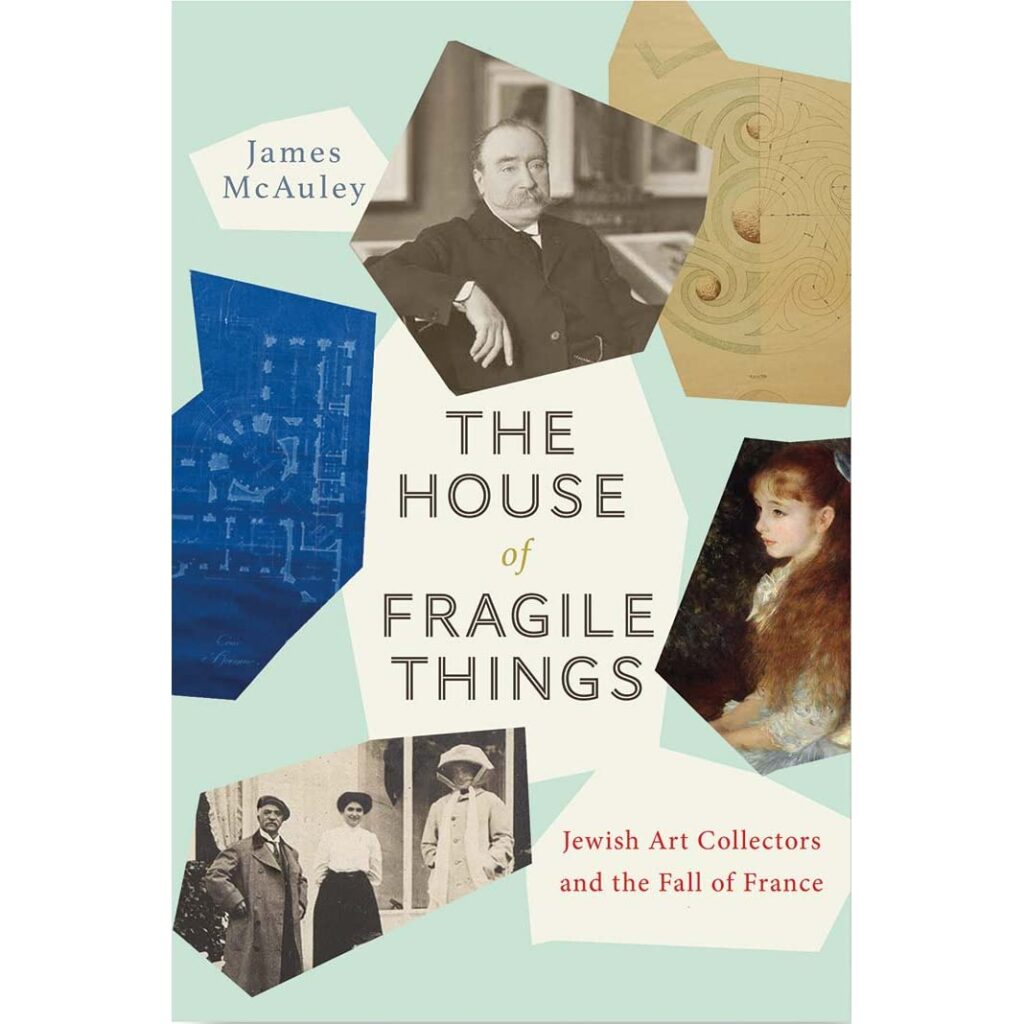 In the dramatic years between 1870 and the end of World War II, a number of prominent French Jews—-some familiar from the works of Marcel Proust and the diaries of Jules and Edmond Goncourt-—invested their fortunes in France’s cultural artifacts, sacrificed their sons to the country’s army, and were ultimately rewarded by seeing their collections plundered and their families deported to Nazi concentration camps.

In The House of Fragile Things, Jewish Art Collectors and the Fall of France (Yale University Press), James McAuley weaves together narratives of various figures–the Camondos, the Rothschilds, the Ephrussis, the Cahens d’Anvers–limiting his study to members of this milieu who gave their collection to the state as a means of shaping its cultural legacy.

A historian turned private detective, McAuley investigates the many significations of this gesture of love, this noble attempt to write Jews into France’s official narrative. According to McAuley: “The terrible end of the story should obscure neither the bravery nor the beauty of what they built together, even though that edifice turned out to be a house of fragile things.”

The House of Fragile Things: Jewish Art Collectors and the Fall of France by James McAuley, Yale University Press.