The Art of Losing by Alice Zeniter 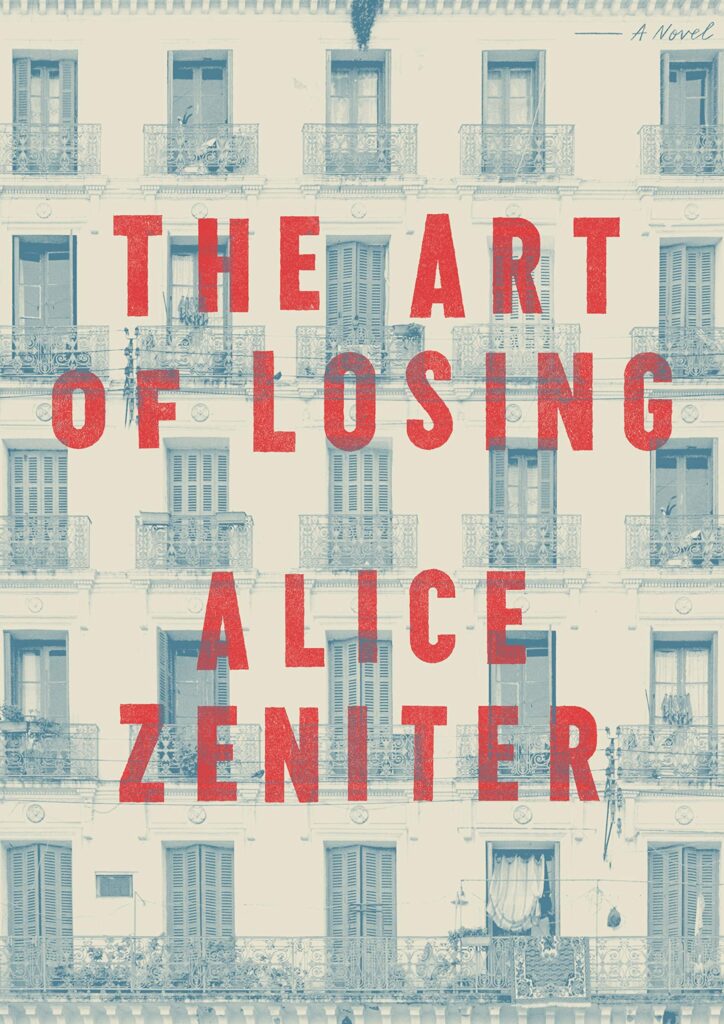 The silence that surrounds the Algerian War occupies a central place in The Art of Losing, the outstanding novel by Alice Zeniter that borrows its title from nothing less than the exceptional poem One by Elizabeth Bishop–the last two stanzas of which resonate particularly well with the fate of Ali and his family.

“the art of losing’s not too hard to master

Along with this feeling of fear, this silence forms one of the principle guiding threads of this wondrous familial saga that retraces the history of three generations of Ali’s family–beginning with his story as a former soldier in World War One and how he came to possess a beautiful olive grove in the mountains of Kabylia.

In the village, Ali is an esteemed and respected figure. When conflict explodes between the FLN and the French authorities, many don’t know what to do. For Ali, it is unthinkable that these barely armed untrained guerilla fighters could take on the French army–whose power he saw close up during WWI; but like many in the village, he would like to not have to choose. While the political situation deteriorates, and while violence and the number of deaths spikes, Ali bets on France and loses.

The Art of Losing is the narrative of what happens afterwards: leaving Algeria, arriving in France, the never-ending stay in a refugee camp, and finally settling into a French project. Ali and Yema raise their children, and then we follow in the steps of Hamid–the eldest–who will become the father of Namia, the heroine of the third part of the book.

The Art of Losing manages the impressive and madly ambitious feat of precisely and profoundly exploring the flaws and vulnerabilities of this family that wanted so much to protect the following generation, but instead handed down its trauma through a forced silence.

As the chapters go by, we see the different sides of Algeria: the colonized country, the lost country, the postcard country, the fantasy that only exists in the memorabilia and memories of the parents and grandparents. More than an objective history about Algeria, Alice Zeniter describes the imprint that the country has left on the life and memory of this family.

But The Art of Losing is also a superb portrait of France in the 1960s and 1970s, of this era shaken by a thirst for freedom, change, and the hope that the world could be better. For instance, there are some superb moments in cafes: scenes of reunion, communion, discussion; scenes that could take place nowhere else than in France. Whether she is crafting one of these scenes, or describing Ali’s depression, Hamid’s solitude, or Naima’s unhappiness, Alice Zeniter always finds the right tone and manages to strike right at the core of familial pain, trauma, and misunderstanding. A total triumph.

The Art of Losing by Alice Zeniter (translated by Frank Wynne), FSG