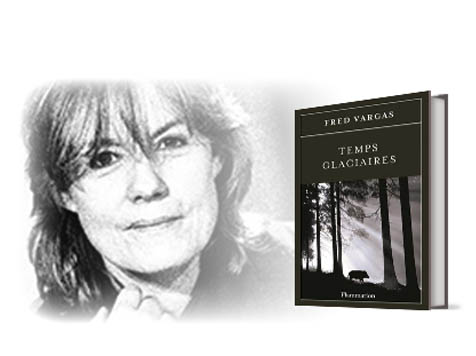 At long last, the hazy, unfathomable Commissioner Adamsberg is back, accompanied by his team—a group of whimsical and disarming characters.  This time, he tries to get to the bottom of a group of murders committed by a mysterious killer who marks his victims with a cryptic symbol: a drawing of a guillotine.  What links the victims?  Bringing the reader along for a torturous investigation at the boundary of fantasy and madness, Adamsberg takes us to the barren landscape of a magical island and brings us back through the terrible, imperishable footsteps of Robespierre.

With unforgettable characters, cutting dialogue, and a tense, occasionally surreal atmosphere, Fred Vargas spins tales that are easily devoured in one sitting.