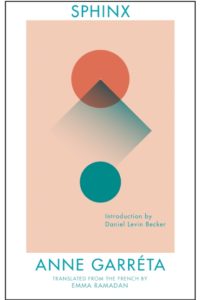 I must start by saying that I simply devoured this book. Its romp through seamy Paris nightclubs; its exacting portrait of a passionate affair; and its exploration of both mileus with a deft mixture of immediacy and intellectual detachment had me absolutely obsessed with it — I just had to know what was happening next.

Set in the heyday of 1980s club scene, the unnamed narrator — who had been writing a dissertation for a degree in theology — gets drafted to DJ in one Paris’s hottest clubs, which comes with unfettered access to every other club in the city, and which leads to meeting A***, a dancer of sublime beauty who inspires all-consuming infatuation. To say anything further plot-wise would spoil the fun of the reading experience, but take my word that the trajectory and style of the writing are breathtaking, and that Emma Ramadan’s translation is superb.