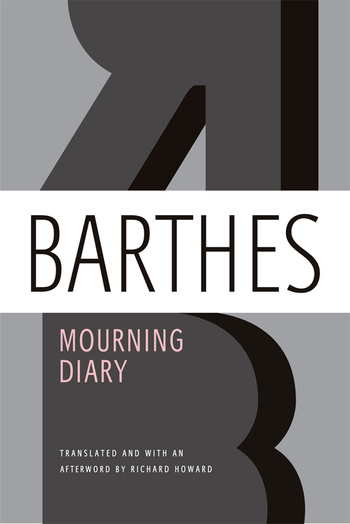 In the entire body of French literature, there is arguably no greater nor more famous expression of love towards one’s mother than that of Marcel Proust in A la recherche du temps perdu. From Swann’s Way to Time Regained, the text abounds in references that the narrator makes to just how extraordinary and remarkable he finds his maman to be. And yet, twentieth-century French writing holds another exceptional story of filial devotion that is less remarked upon: that of Roland Barthes and his mother Henriette.

Towards the end of his life, Roland Barthes wrote a profound and celebrated book about photography called Camera Lucida–a text that starts off as a rich analysis of the nature of images and then suddenly transforms into a meditation on the death of his mother. It is a deeply moving account of grief, describing how he delicately goes through photos of Henriette–not in a gesture of denial regarding her passing, but rather so that he can “write a little compilation about her”. This search for the right photograph of his mother leads him through a series of reflections on time, history, and imagery that somehow fuses aesthetic philosophy, personal memoir, and cultural history into an unclassifiable and dazzling work.

On its own, this book would have remained a powerful and graceful implicit tribute to his mother. But in 2009, in one of the great literary discoveries of our age, it was discovered that Barthes had left behind a collection of notecards that turned out to be a journal of his grief. He had indeed written his “compilation”. Mourning Diary was published in English in 2010 and remains one of the most beautiful odes to a parent in existence.

Side by side, these two texts reveal the exceptional grace and boundless humaneness of Roland Barthes–as well as the infinitely textured love he had for his mother.

Mourning Diary by Roland Barthes, trans from the French by Richard Howard, FSG