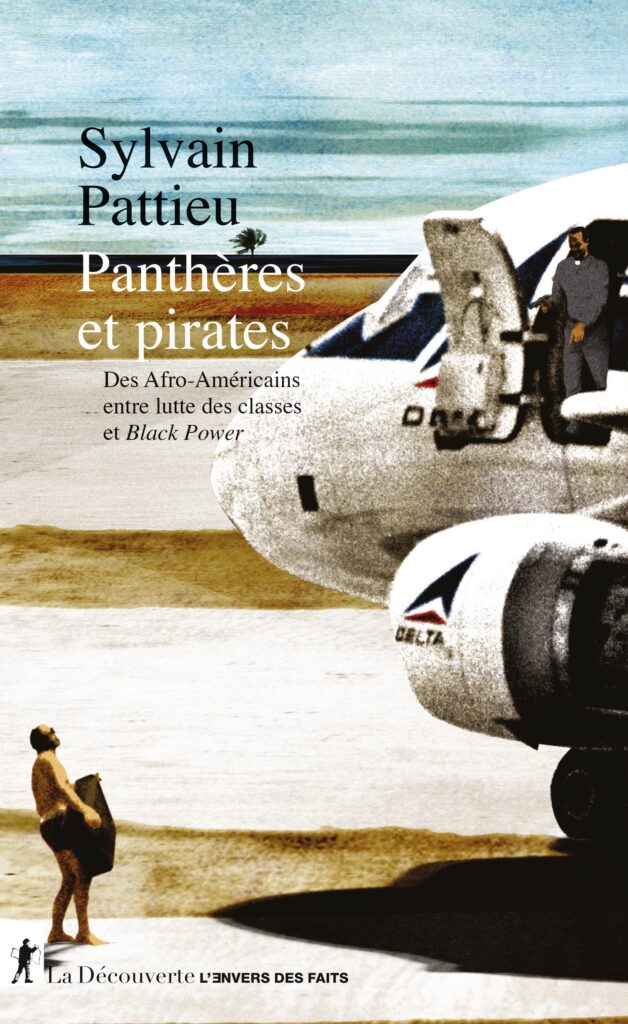 July 30, 1972. Jean and Melvin McNair, their two kids, and 3 accomplices – all African American, all living in hiding in Detroit – hijack a plane. Their goal is to get a one million dollar ransom and to escape to Algiers, where an international chapter of Black Panthers exiled from the U.S., and an incandescent Third World seem to beckon them. An FBI agent, in just a bathing suit, runs across the tarmac to bring them the requested ransom. No gun would fire, no one would be hurt. The hostages are liberated, and our pirates reach Algiers as planned.

This unbelievable story is the starting point of Sylvan Pattieu’s fascinating and insightful foray into the lives of the McNairs, who – after a short stint in French prison – will establish themselves in an underserved neighborhood of Caen, Normandy. As he tells the story of the McNairs, one that is deeply connected with the history of French, African and U.S, black populations, Pattieu’s ambition is to avoid essentializing his subjects (i.e. limiting them to their skin color). What Pattieu reveals, with much rigor and intelligence, is how deeply the issues of race and class are intertwined in their story, and that its transnational dimension makes this even more obvious.

He brilliantly investigates how various liberation movements (mostly Solidarité, lead by Henri Curiel) have contributed to the family’s destiny and to its transformation from pirates to social activists supporting their community. Panthères et Pirates also offers a very interesting overview of these parties, their actions, limits and shadowy connections with the French, Russian and Algerian governments. Informative and compelling, Panthères et Pirates is a wonderful contribution to today’s conversation on intersectionality.