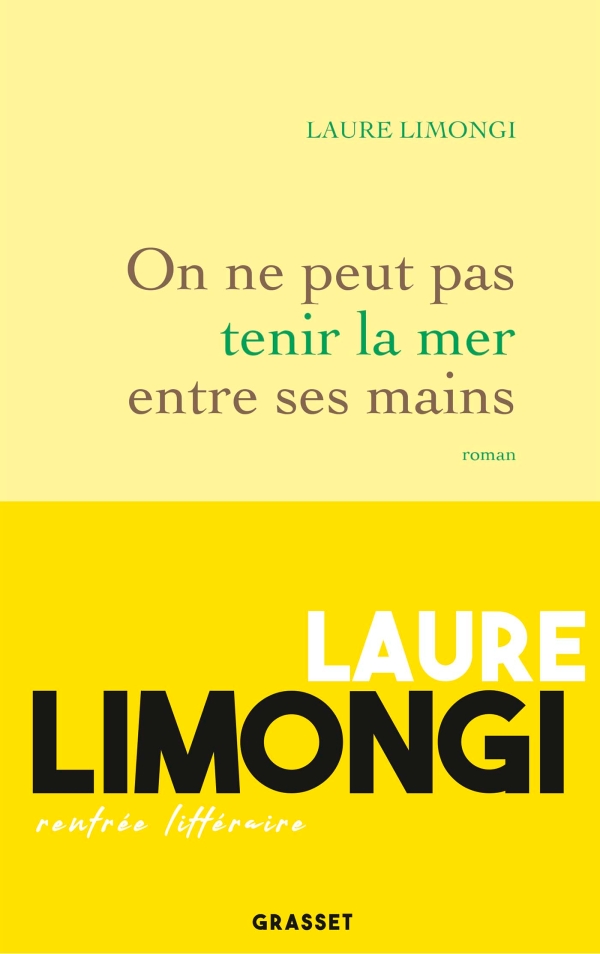 (“Secrets goes with anything. A walk in the countryside, work, mourning clothes. You can wear them in all circumstances. Secrets are easily passed on.  Like a cancer. An abandoned child. In the absence of money, secrets makes for a great legacy.”)

Can one break free from familial destiny? Can one reconcile moral/ethical imperatives and loyalty to one’s clan? Can one choose one’s inheritance? These are the fascinating challenges that confront Huma de Benedetti, the heroine of Laure Limongi’s tenth book, On ne peut pas tenir la mer entre ses mains. As Huma’s grand-mother, May, humorously puts it: “We can’t end up being more sinful than the Atrides.”

But let’s not reveal too much too quickly.

Huma de Benedetti was born in Corsica in 1976. Every weekend, she would leave Bastia with her parents for L’Alcyon, the familial house built against a cliff and overlooking the Mediterranean. The FNLC (Front National de Libération de la Corse) was just being created, and the island was being swept through by a revolutionary wind.

Huma’s childhood is surrounded by violence, which expands from her street to her home. The family house is overloaded with guns. She recalls banging her head against her mother’s handgun while trying to hug her. More than once, she has to change her itinerary to school in order to avoid explosions. Violence is part of her daily life, part of the norm, and as we’ll discover, part of her family’s legacy–one that is consumed by a secret that is passed from one generation to the next like a hereditary disease.

In terms of intensity and twists and turns, Laure Limongi had the material to write an action-packed novel on the scale of the Corleone saga. But she chose instead to step aside and to observe the protagonists as closely (as faithfully one might be tempted to say) as possible. She paints them in shifting light, revealing in alternation their strengths and their dark sides. Holding back from judging her characters (a perverse grand-mother, an elusive father), Limongi focuses her narrative on Huma’s difficult quest: finding her way out of this madness, and finding her place in the world.

On ne peut pas tenir la mer entre ses mains is also a heart-wrenching love letter to a mother too soon departed, and a rare and admirable reassessment of one’s free will.