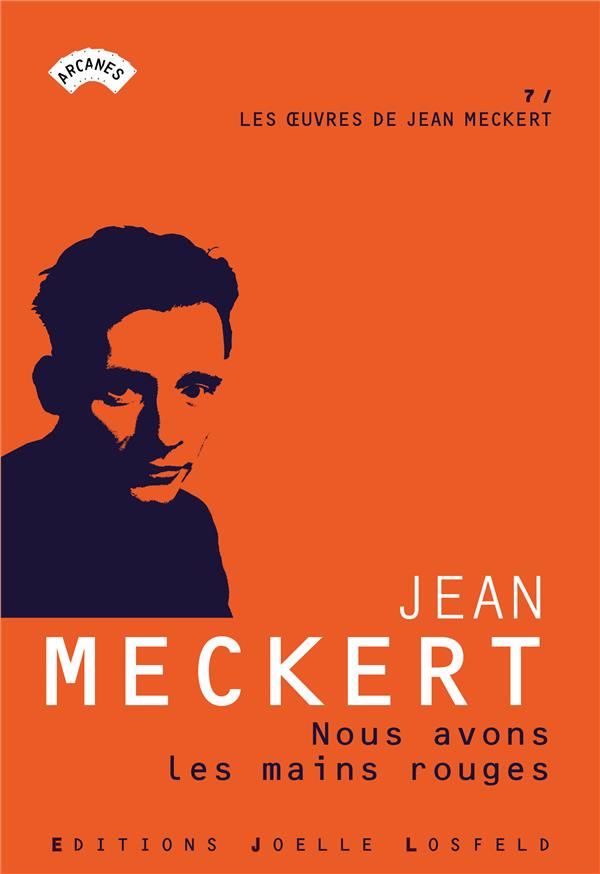 A prisoner and then member of the French Resistance during World War II, Jean Meckert became well-known for his first novel Les Coups (Gallimard) in 1942, which garnered praise from authors Gide, Martin du Gard, and Queneau. But his story is a bit more complicated because he also wrote detective and crime novels under a pen name, Jean Amila. With energy and talent, Joëlle Losfeld has undertaken the reissuing of Meckert’s body of work, and the collective of bookstores (les librairies initiales) that awards Le Mémorable Prize had the good taste to give Meckert the YY Prize, a decision for which they should be thanked!

To read Jean Meckert is to be plunged into a universe of outsiders where mediocrity, exploitation, and cruelty reign. Meckert’s anti-heroes have been kicked around by life, seduced and betrayed by those who have mastered the art of speaking slickly, and are only able to express themselves through violence and “blows,” the namesake of his debut novel. The novelist’s strength is found in his unforgivingly honest ear and his tight dialogues that portray with an incredible exactness the insolent chatter of the damned of the earth, characters with broken wings whose rage is devastating to read.

Nous avons les mains rouges is by no means an exception to this rule. In Rocheguindeau, “a third class sub-prefecture,” Laurent Lavalette has just finished a prison sentence for murder. The day of his release, he finds work in a sawmill that belongs to M. D’Essartaut. Stunned by D’Essartaut’s verbal ease, attracted to his youngest daughter Christine, and intimidated by the ardor of the eldest daughter Hélène, the young man has only one wish: to be fully adopted by the family. But he quickly discovers that his new friends form a commando that purifies the region of its former collaborators.

Four years before the publication of Sartre’s Mains Sales, Jean Meckert addresses the troubled immediate post-war period. Without being manichean, he depicts the disgust of the resistors for whom the Liberation had left a bitter taste: the strutting rich black market profiteers, the collaborators who knew the right moment to switch sides; “Profit everywhere, Justice nowhere” could have been their cry. But Meckert does not simply champion the red-handed avengers for justice, instead highlighting the contradictions of these characters whose ideals of purity condemn them to disillusionment.

A flamboyant novel about revolt that strangely resonates with the times.