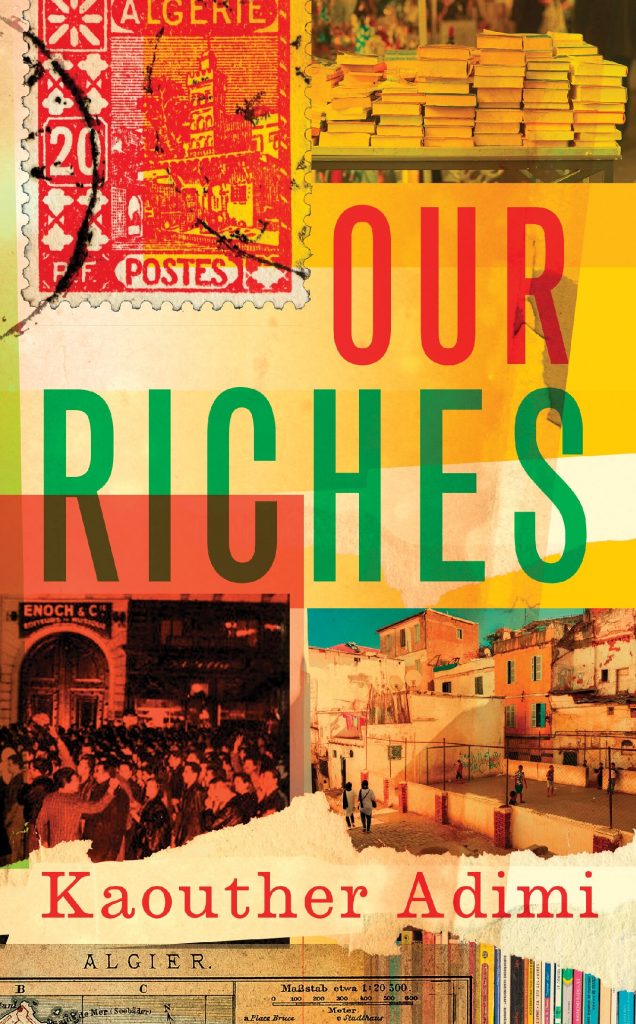 It is not without some sense of narcissism that I find myself drawn to a novel about a bookstore. However, we are not talking about a normal bookstore here!

Our Riches
, by Kaouther Adimi, describes the many lives and times of the great and sometimes forgotten publisher Edmond Charlot. For those who do not know his name (and I myself was among that number before reading the book), Edmond Charlot was the Syliva Beach of Algiers: he opened a bookstore called Les vraies richesses and spent a great deal of his life publishing new and under-appreciated authors. One of his first offerings to the world was the debut of none other than Albert Camus.

This story in itself is fascinating, but there is much more to it than that. The bookstore was open between 1930 and 1960; and if you look at those years from the geopolitical stance of Algeria, you can begin to imagine the jaw-dropping breadth of history that this time frame encompasses. Moments of great political gravity float in the background of Our Riches, emerging from time to time just to remind the reader of the sheer drama and sometimes horror of the era.

Kaouther Adimi–a young Algerian woman now living in Paris–synthesizes the private minutiae of Charlot with the history of the times in a suprisingly light almost breezy fashion, making this a fast, interesting, and engaging read. This novel is certainly a highlight of the Spring 2020!

Our Riches
, a novel by Kaouther Adimi, translated from the French by Chris Andrew , New Directions