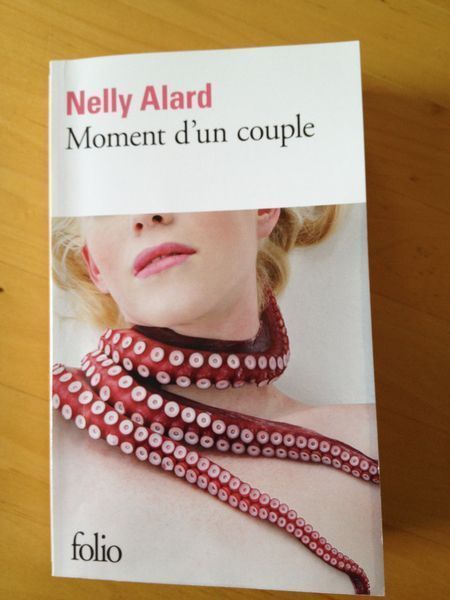 Moment d’un couple is an irresistible novel that is told like a thriller and focuses on the frailty of love. Juliette is an IT engineer; she lives with her husband and their two children in an up-and-coming neighborhood of Paris. They seem to share a fulfilling, modern life, until the day Olivier announces to Juliette that he is having an affair with a senior officer of the Socialist Party, named V. V is brilliant, young, and determined to make Olivier divorce his wife. Moment d’un couple is the sincere, humorous and moving account of the war in which Juliette fully engages in order to win back her husband and save her family. Adultery, manipulation, bullying, conjugal battles, and disillusionment sustain the pace of this universal story of betrayal and passion.

Moment d’un couple, a novel by Nelly Alard, Folio, to be published by Other Press in February  2016