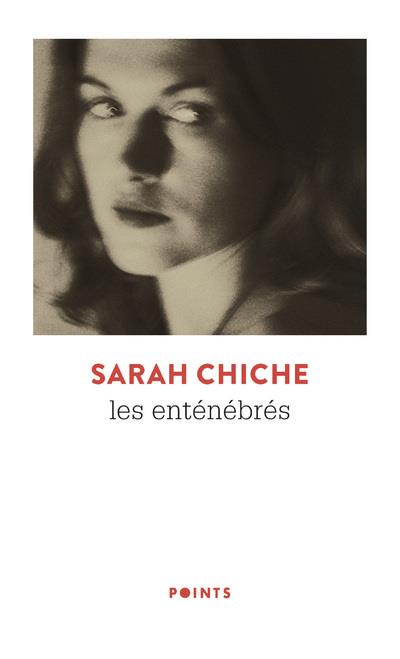 Constructed like a Russian doll, addictive in the way that only the best sagas can be, and told with a profusion of sensual detail, Sarah Chiche’s third novel, Les Enténébrés reads like a cross-investigation of the bleakest hours of the 20th century and her family’s tortured past.

Let’s ponder a moment on the novel’s –beautiful–title: Les Enténébrés. Sarah Chiche confides in an interview to Philippe Lefait that she found this title in The Pianist, a novel by Nobel Prize winning author Elfried Jelinek. “My father died at Steinhof psychiatric asylum shrouded in darkness” reveals Erika Kohut to her student/lover. The darkness that is referred to here is the same one that Sarah Chiche sets out to explore in dangerous proximity.
Les Enténébrés may contain many references to Jelinek, however the style of the two writers differs greatly. Far from Jelinek’s icy, dry and breezy tone, Chiche writes with an abundance of convolutions, her sentences coaxing the reader in, as she digs further down into the familial history.

Going back to the plot, the novel opening scene takes place in Vienna, in the fall of 2015. The narrator, Sarah Chiche, who came to the Austrian capital to work on an article about people in exile, meets an internationally renowned musician, Richard K. Despite the fact that Richard K is married, and that Sarah lives with Paul and their daughter in Paris, the pair becomes romantically involved. Together, they improvise a double life, and open in each other’s life an intimate space where only their desire and judgments prevail.
As she tries to simultaneously maintain her domestic life with Paul and her consuming passion for Richard, Sarah is compelled to analyze the dynamic at work within her familial past, a dynamic which is entangled in the bleakest hours of the past century. This ingenious set up allows the novelist to articulate the obscure working of history while exhuming progressively stories of her personal past.

As it follows the tortuous path of her great grand-mother, grand-mother and mother, three women – whose existences were consumed by excess– Chiche’s enthralling and epic novel questions the heredity of mental illness (what experts called in the 19th century a flawed ground – terrain taré), probing the blurry limits of madness and normality.
Les Enténèbres is a fascinating, multi-layered family story of madness and love, one that is likely to haunt you for a long time.

Les Enténèbres by Sarah Chiche, Seuil
Click here to purchase this book with us.