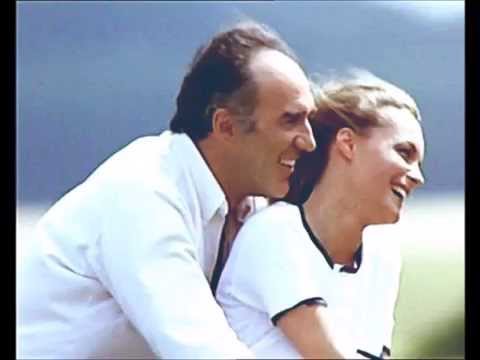 Over time, movies play tricky things on the books that inspired them. If you are over 35, chances are that you’ve seen Sautet’s masterful Les Choses de la vie, featuring Michel Piccoli and the radiant Romy Schneider. And so it is worth asking: have you ever read Paul Guimard’s exquisite novella?

One morning, Pierre Delhommeau–a successful lawyer–leaves Paris for Rennes where he is handling a case with his friend Mortreux. Pierre drives his MG1 100 with self-confidence. As the result of a song on the radio, or perhaps the smell of the forest, or just a simple association of ideas, Pierre’s thoughts wander from Helene, his mistress, to his late friend Bob, to Aurelia–his first love.
In no time, he reaches Providence, where the highway intersects with another road. The MG enters the curve at a speed of 140km/h, but two trucks block its way at the intersection, sending it crashing into the roadside.
Though his body is shattered, and his spine broken, Pierre remains conscious and comments on the agitation around him. As he loses his strength, his memories get intertwined with the mundane conversation, and he gets himself ready to leave behind all of the ordinary things of life.

Paul Guimard’s elegant, sharp, and precise prose enlightens Pierre’s connections to an ever-changing present; and his profoundly graceful manner of evoking the impression of mundane and tragic events over the course of time will leave a lasting mark on the reader.