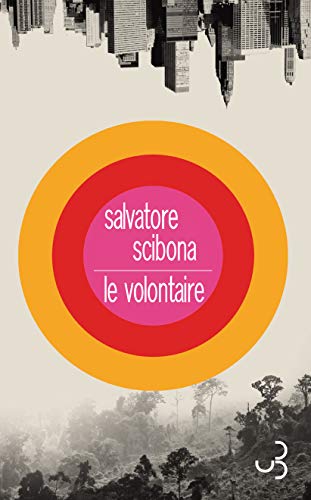 When readers were publishing their “Best of the Decade” lists for novels, I was surprised to see that there was a notable absence in all of them: The Volunteer (Le Volontaire) by Salvatore Scibona. Ten years in the making, The Volunteer exudes that rare quality in a work where one feels that the life of the author is on the line, that each sentence has cost him or her countless revisions, that the bar has been set at an impossible height purely for the challenge of rising to the task. This dazzling ambition–and more important, the ability to meet and even surpass it–is the defining characteristic of this kaleidoscopic and profoundly American novel.

For a subject of such significance in America’s historical and cultural psyche, the Vietnam War and its aftermath have rarely been successfully confronted in literature. With the exception of Tim O’Brien and certain parts of Denis Johnson’s Tree of Smoke, it has remained something of an impossible subject to address due to a mixture of the size of its impact and its lack of any discernible purpose. But The Volunteer manages to not only address and explore the subject; it also portrays its resulting aftershocks and reverberations across generations, depicting how its veterans were stripped of the very sense of who they were after having gone through such a traumatic experience and then returning to a hostile home–as well as how this tragic burden was then passed on to another generation.

In a rough outline, we watch as Vollie Frade–nicknamed as such because he volunteered to enlist–fights in the battle of Khe Sanh and is then captured during a secret mission, tortured, released, and forced into CIA work in Queens. The descriptions of the borough and its day to day life rank among the finest in all of American literature, summoning the best of Saul Bellow and Herman Melville. What then leads him to a commune in New Mexico is remarkable but is best left unsaid here.

Abounding in rich philosophical as well as Biblical reflection, this novel is less a good story (although it is very much that) than an opportunity to be in the unmitigated presence of a remarkable and unique mind. Which is, I believe, the ultimate purpose of all great works of art.