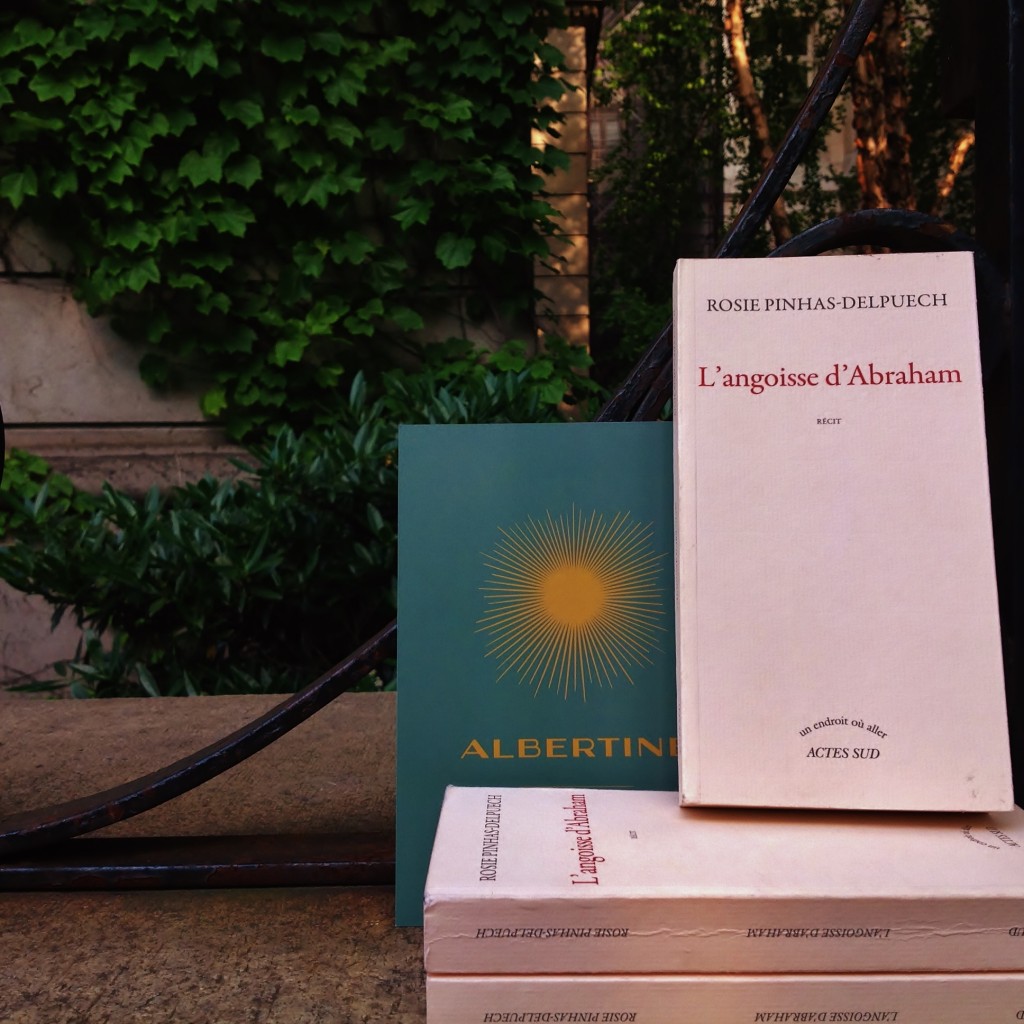 Some books turn you upside down, and upon turning the last page, you already know that their effect on you will be deep and lasting. L’Angoisse d’Abraham (The Anxiety of Abraham) is one of them. In this elegant and intelligent narrative, Rosie Pinhas Delpuech looks back on the encounters, books and random events that have urged her to travel the world from East to West, from Istanbul to Paris, by way of Tel Aviv. L’Angoisse d’Abraham also tells the story of Rosie’s friendship with Jacy, whom she met in high school and with whom she started a conversation that would last throughout the course of Jacy’s too-short life.
First and foremost, L’Angoisse d’Abraham is all about travels — geographical, as well as literary and metaphysical.

After her high school graduation, Rosie leaves her natal Istanbul with Jacy on board the mythical Orient Express en route to France, a country that she has always pictured as an “imaginary homeland of the homeless, an utopist horizon.”  However, her high expectations were only met with disappointment, as she starts working as a supervisor in a catholic private school in Grenoble.
Only later on will the country of Enlightenment appear to her, when moving to Paris to study at the legendary liberal University of Nanterre (Paris). There, she finds herself in the company of Paul Ricoeur and Emmanuel Levinas, and recognizes the homeland of Gustave Flaubert, Charles Baudelaire, Jean-Paul Sartre, Marguerite Duras, Boris Vian and Mouloudji.

Then, she packs her bags for a kibbutz in Israel, and falls in love with its population of resilient, utopian and courageous migrants, and its dry, fierce, yet bewildering earth.
The richness of the Hebrew language, which she begins learning there, mirrors her own existential and philosophical questioning.
Her return to Paris is painful and complicated. She is faced with endless formalities and applications to fill, applications that leave her with the impression that there is no place for her anywhere. Everything around her feels grey, cold, and sad. She misses the sun and the Israeli society, its open space, and the unique feeling of being part of a history in the making. She holds on to her books like a drowning man to his lifepreserver.

It is among her favorite texts that Rosie Pinhas Delpuech finds a place to breathe, to live and write, in between the French and Hebrew languages. She starts translating her favorite Hebrew writers into French, and today, the list of her accomplishment would definitely earn her a nobel prize provided that there were one for translation. Thanks to her passion, Yacob Shabtai, Yehoshua Kenaz, Orly Castel Bloom, Itzkak Orpaz, Ronit Matalon, Etgar Keret became acessible to French readers.

The last part of this memoir is devoted to the story of Abraham:
“The Anxiety of Abraham at sunset that evening, the stupor that befalls on him, huge and dark, is the mark of the long succession of exiles and wanderings that await his descendants, the very small group of Jewish people, in as much as it represents mankind, and its story reflects our common history.”

L’Angoisse d’Abraham is that rare text that questions our relationship with languages, history, and otherness. There is a place for it on your shelves near Sebald’s The Emigrants, and Annie Ernaux’s Les Années.