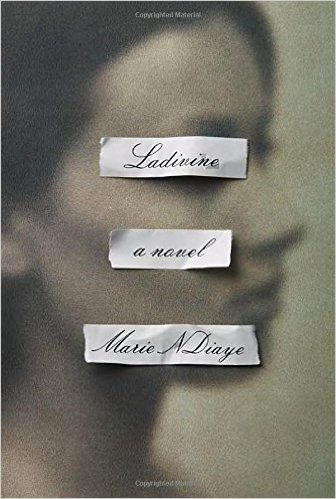 Marie NDiaye’s body of work – which is one of the most engrossing and powerful in the landscape of contemporary French literature – relentlessly tackles the questions of womanhood and motherhood, through characters struggling to define their own identity in contexts where supernatural elements coexist within the bleakest reality. In La Sorciere, Lucie, the narrator and protagonist, is a witch who has modest powers of divination. As a mother of two young girls – which will reveal to be more talented witches than her — she is slowly losing control of her life and identity. Her husband and daughters are leaving her; she is attempting but failing to reconcile her estranged parents with each other; she is losing her home and savings and might be heading to jail.
Ladivine focuses on Clarisse Rivière, a woman who, for more than 25 years, has shut her own mother, Ladivine Sylla whom she calls ‘The servant’, out of her life to the point that her husband and own daughter assume that Ladivine Sylla is long dead.
But as Clarisse withdraws further into herself, her middle-class existence unravels, and the walls that she has built as a protection from her social, racial, and familial origins, crumbles. After her brutal death, her now-grown daughter works out who her mother was and what happened to her.

In this mesmerizing novel, the social, racial and familial alienation is a leg that is pass on from a generation of women to the next, together with the inherent feelings of shame and difficulty to adapt to one’s life with crushing power.

Ladivine, a novel by Marie NDiaye, translated from the French by Jordan Stump, Knopf.