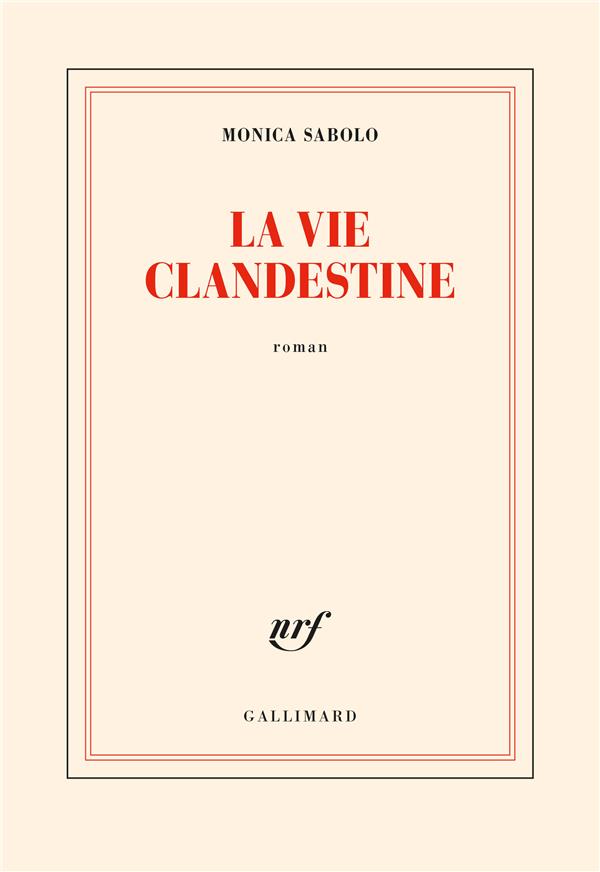 When she first conceived of La Vie Clandestine, Monica Sabolo intended to write an easy-to-read book about a notorious crime — the murder of Renault CEO Georges Besse, by Action Directe, a far left terrorist group active in the late 1970s and ’80s. Easy, fast and painless, that’s how she envisioned this project, “as remote from her own story as can be.” Needless to say, things don’t always go according to plan.

La Vie clandestine tells the story of Monica Sabolo’s failed investigation into Action Directe, as if the author had instinctively followed Beckett’s famous advice: “Try again. Fail again. Fail better.” And while she struggles to put together the pieces of this complex story of idealism, secrecy, and extreme violence, another narrative emerges progressively — that of her own childhood. One by one, she removes the veils that obscure her memory and rebuilds a past shattered by a terrible secret.

So what do her life have in common with these terrorists? Nothing other than a climate of “secret, silence, and echo of violence,” which forms the common backdrop of these two storylines. Not unlike Lola Lafon in her novel Mercy, Mary, Patty (Actes Sud), Sabolo paints by successive, small, extremely accurate strokes the portrait of a young girl who has been muted by fear of scandal–after her childhood was ransacked. La Vie clandestine is an attempt to give this young girl her own story, her own voice, back. And the result is nothing short of a striking achievement.

La Vie clandestine by Monica Sabolo, Gallimard.
Click here to purchase that book with us.