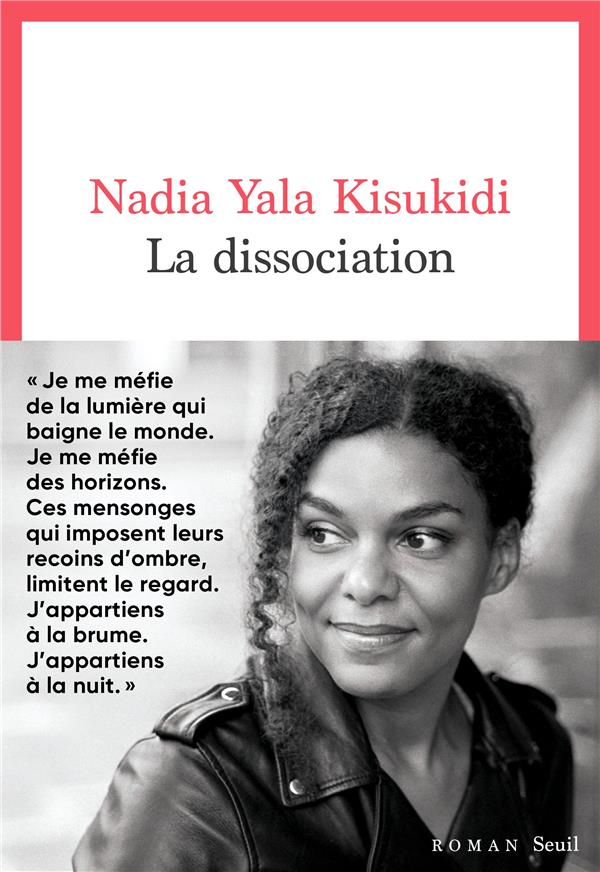 I have to confess… I have a bias against child narrators. It’s not that I don’t like kids, or children’s books for that matter. It’s more that in my experience, they tend to sound artificial and lack credibility. But this fall, La Dissociation, Nadia Yala Kisukidi’s debut novel changed my perspective entirely.

The heroine of La dissociation is a little black girl, whose physical growth has stopped, much to the despair of her grandmother raising her. They live in Villeneuve d’Ascq, a small factory town in the north of France, not far from where Edouard Louis was raised. Her height is a major concern to her grandmother who loses sleep, her job, and eventually her sanity trying to solve her handicap.

In an attempt to protect herself against her grandmother’s obsession, our protagonist discovered that she has the gift of dissociation. When she finds herself in an uncomfortable situation, she is capable of separating her mind from her body, allowing herself to disappear. Armed with this power and a book that inspired her with ideas, which –as she moves to the Parisian suburbs –evolve into political utopias. Destiny will throw on her way a paternalistic boss, utopists from the Congo, union members at work, standstill travelers and her faithful friend Luzolo. The novel is made of their aspirations, their broken dreams, and of the space they carve for themselves, in the margin, and where our heroine hopes to find a space to call home.

Nadia Yala Kisukidi–an academic specialist of Bergson, postcolonial studies and African philosophy–was inspired by folk tales and 18th century literature when she wrote La dissociation. There is something reminiscent of the picaresque tradition in her narrator’s quest for the right community. One can read La dissociation as a bildungsroman of sorts, on the story of how a young black girl finds her own intellectual autonomy, of how she learns to resist others’ attempts to control her, who travels, imagines and laughs freely, in spite of her hostile surroundings.

The birth of revolutionary ideas is of interest to Kisukidi, and readers will note that her approach varies greatly with that of Edouard Louis for instance. Instead of bearing witness to the violence inflicted by society to the working classes, she builds on the tradition of magic realism, of the adventure novel, and of poetry and puts into light how one can escape social violence, refuse to let oneself be determined by it, and invent a form of resistance. The issues of visibility and invisibility are also central to the novel, but do not underscore social success or failure, but sketch out what could be expected from the world.