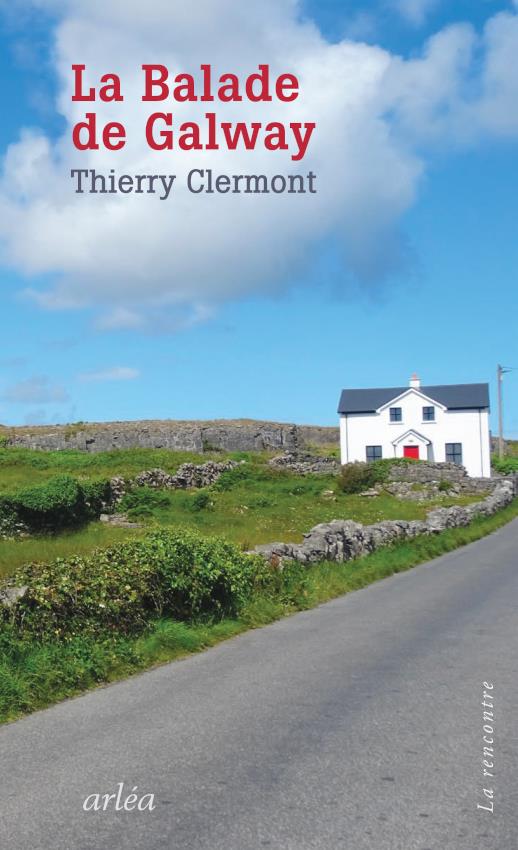 Novelist, poet, and literary critic at the French newspaper Le Figaro, Thierry Clermont enjoys slipping into the footsteps of those authors whom he admires. In La Balade de Galway, he leads us to the western tip of Ireland–a land of literature and music. In front of these romantic and wild island landscapes, we similarly become detectives on the lookout for details that could have inspired this or that masterpiece, exhilarated by the possibility of a discovery as much as by the wind coming off the sea.

You will hopefully understand that this brief work has nothing of an anthology-like quality about it. Clermont has imposed no rules on himself and allows for all kinds of liberties. Following the course of his footsteps and his memories, he shows us the things he has read that have been important to him: sometimes extracts of letters from James Joyce to his wife; here, poems by Yeates or Seamus Heaney; there, a chorus from a Pogues song. We cross paths with Beckett, Maeve Brennan, and Colm Tóibín on a bench at the bend of the road.

What gives this book all its savor is precisely the arbitrary and organic nature of these anecdotes–their furtive unexpected flashes of information that show us something of the intimacy of these artists. Closing this book, we realize that we have just left a different place: the literary space in which Clermont lives and where he is already concocting his next work.