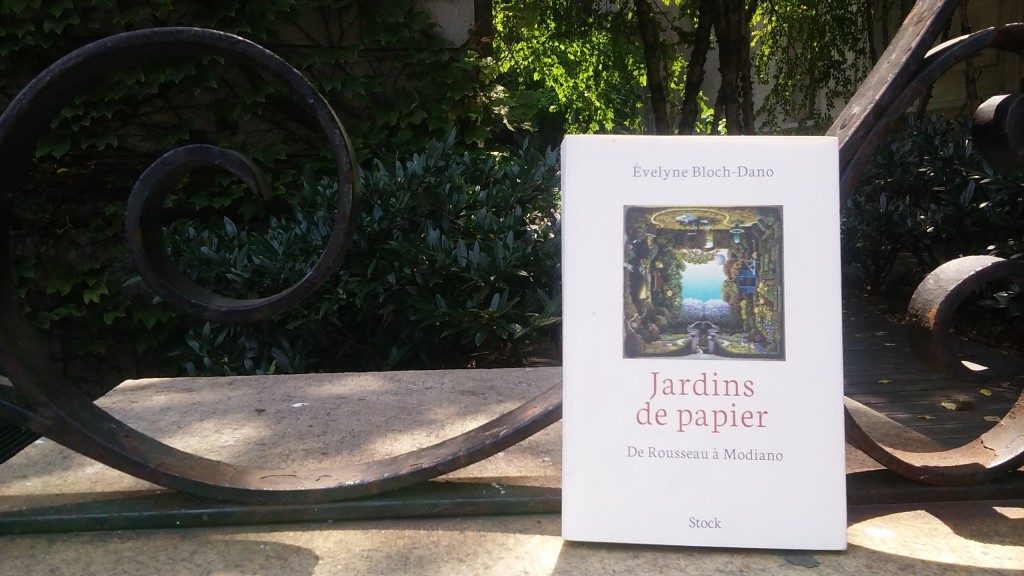 There are many ways of accessing a writer’s work. Evelyne Bloch-Dano, a French novelist, biographer, and literary critic, likes to reveal a writer’s intimacy by following the steps of one’s relatives —  Zola’s wife (Madame Zola) or Proust’s mother (Madame Proust: A Biography) — or by exploring one’s home. In Jardins de Papier, this diligent reader and thoughtful detective focuses on the relationships between writers and their gardens. She sees them as “a microcosm of their work or style. This closed space, often perceived as an extension of their home, both inside and out, fits into the spatial landscape that surrounds them. Whether plainly descriptive or intimately bound to a deep sense of style and its dynamic, it reveals the author’s imagination and the singular shape of his art.”This playful and erudite wandering through the gardens of French literature starts with an evocation of Rousseau’s Elysée. “The garden in Julie, or the New Eloise is a utopia, an imaginary garden in which Jean-Jacques has invested his sensibility and philosophy. It represents an ideal life. L’Elysée is an Eden, an island of original nature, but one created by the hand of a man — or, more exactly, by that of a woman. Nature and virtue, here we are at the heart of Rousseau’s thinking.”Bloch-Dano lets us in into the gardens of Balzac, Stendhal, Flaubert, Hugo, Zola, Gide, and Colette. And then comes Proust, and his evocation of Françoise in Guermantes’s Way: “And thus it was she who first gave me the idea that people do not, as I had imagined, present themselves to us clearly and in fixity with their merits, their defects, their plans, their intentions in regard to ourselves (like a garden viewed through railings with all its flower beds on display), but, rather, as a shadow we can never penetrate, of which there can be no direct knowledge().” Under Marguerite Duras’s pen, gardens became parks, and referred to the self, to deep-seated memories where characters and words originate. Eventually, Bloch-Dano strides into the gardens housed within Modiano’s novels.

This delightful and personal itinerary through French literary heritage makes for a perfect companion to your summer lounging!
Jardins de papier, by Evelyne Bloch-Dano, Stock.