In Praise of Love 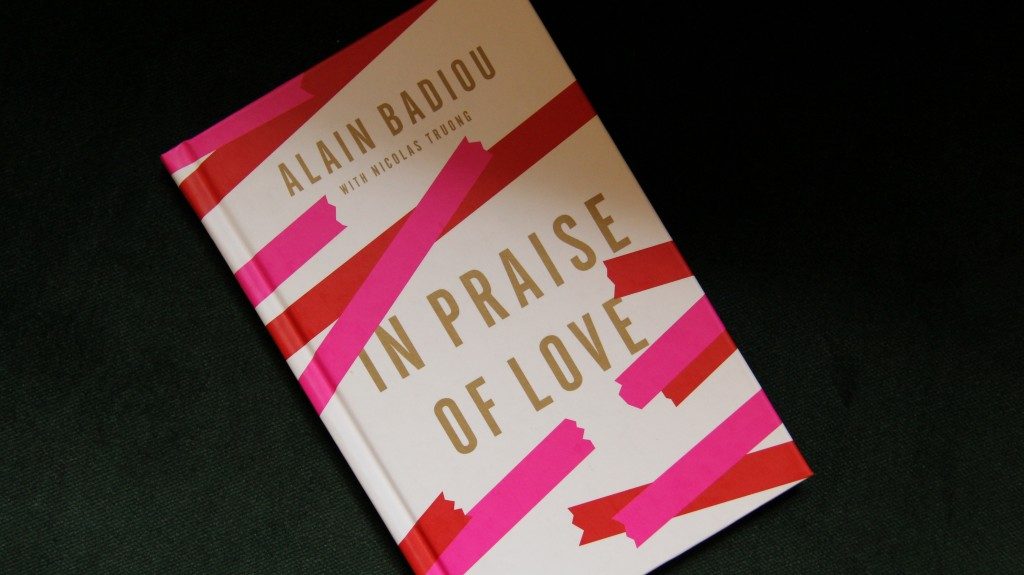 Socrates once said that anyone who fails to take love as their starting point will never understand the point of philosophy. Alain Badiou carefully follows this advice in these reflections on the nature of love. More precisely, he demonstrates how our consumer society stands in the way of real love and tends to replace it with a fake – but profitable – substitute: a safe space where there is no risk of finding someone that differs from oneself, a space where the real connections become impossible.  As Badiou observes, connections happen only under the condition that we silence our obsession with control and protection, thus allowing another – this total stranger – the ability to surprise us…

As is always the case with Badiou, this discussion on love ends up being one about life’s choices. In other words, it is an incredibly personal, straightforward, and honest way to talk about politics.

In Praise of Love by Alain Badiou, The New Press, 2012