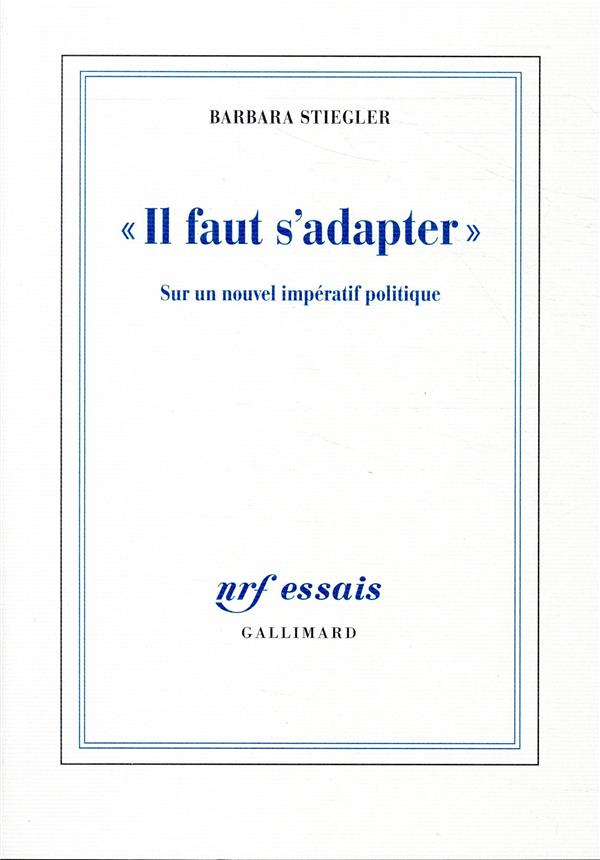 It is unusual for a philosophy book to wind up as a coup de coeur; but stick with me, this is no normal philosophy book! For as much as “Il faut s’adapter” is a careful academic genealogy of political and economic thought, it is also centered on a very clear and universal theme: that of trying to understand why most people regularly feel out of step with the contemporary world — as if they are falling behind and are unable to catch up with its relentless accelerating speed.

In the grand tradition of Nietzsche and Foucault, Barbara Stiegler decides that a careful look at our current situation’s origins is the best way forward in understanding this unprecedented situation. And what this remarkable genealogy reveals can almost be described as a secret history of neoliberalism: nearly forgotten figures such as Walter Lippmann (who founded The New Republic) and the great American pragmatist John Dewey take center stage; and behind the curtains, the gigantic presence of Charles Darwin is seen pulling the strings of our contemporary reality.

What we find in reading this book is that this constant background feeling of speed and being left behind is the opposite of organic — that in fact, this sentiment is the end result of decades of policy decisions by those in positions of economic and political power to stun the public into working harder and longer hours for less benefits and even less satisfaction. This book is essential reading for anyone who is curious about how our current economy and society is structured — as well as how we got here. Like Foucault’s best work, “Il faut s’adapter” is a remarkable map of our history as well as a guide for changing the present. A staggering achievement!