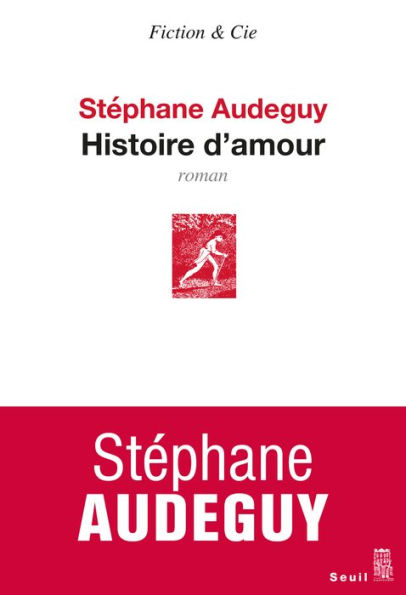 Each novel by Stéphane Audeguy feels like a promenade––whether it be a sensual and skillful exploration  of meteorology (The Theory of Clouds), the French Revolution (Fils Unique, Histoire du lion Personne), or a portrayal of human lives  (Nous autres, Une mère). Audeguy, an erudite and well-informed guide, piques our curiosity, expands our range of thought, and expands stories within stories with the agility of a modern Scheherazade. His defining quality? A total refusal of the psychological novel, prose that leans towards classicism, and a cloud of melancholy that seems to envelop his characters.

With Histoire d’amour, where he plays with the laws of time and space, Stéphane Audeguy tells us about a man named Vincent in a series of stories about love which never cease to reinvent themselves–moving him from background to background, portraying him sometimes as Actaeon (hey there, Ovid) or sometimes as Philippe (a son of Jewish immigrants in the States who has been sento Italy during WWI)–before returning to the actual modern-day chain of events, a highly inclusive one as Vincent is open to both men and women. As the novel develops, the reader is right by his side for the end of WWII, the birth of the gay rights movement, the eruption of AIDS, the renunciation of the 1970s and its sexual revolution, and the following cultural disappointments and general collective self-absorption. Like Audeguy’s other principal characters, the spectacle of the modern world makes Vincent sad and similar to a distant cousin of Bartleby.

In between the lines of Histoire d’amour, we read a fascinating narrative, one that tracks the evolution of human love, from the ancient times to nowadays. These stories that overlap and intertwine through a tangle of delightfully imagined scenes whisper in our ear how love is eternal, never ceasing to reincarnate itself in new bodies, in new skin, in new environments–both the same and somewhat different, unique and always ungraspable.