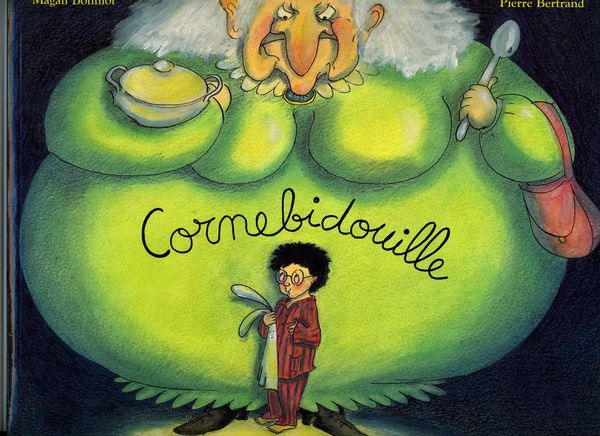 When he was a kid, Pierre refused to eat his soup. And this attitude created lots of problems. Pierre’s father warned against the Cornebidouille witch, who goes after such picky children. Cornebidouille was so scary, he said, that after her visit, children would eat anything on their plate without a single complaint. Then, one day, Cornebidouille pays Pierre a visit…

This is a pertinent and beautifully illustrated homage to the power of children that is certain to win over both kids and parents!