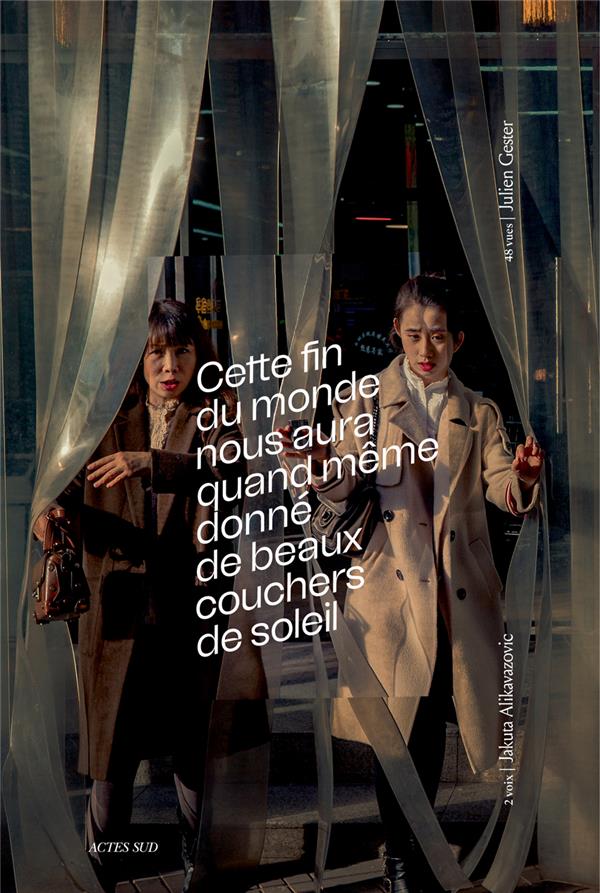 This beautiful, hand sewn booklet stands out as much by its format as by its subject matter. It brings together 48 untitled and undated photographs in sets of two, landscape format, and taken from all over the world over multiple years. What do these photos have in common? First of all, Gestern’s use of light adds a certain softness and strength to each of these everyday scenes, and emphasizes the loneliness that surrounds his subjects and the melancholic beauty that emanates from each shot.

Two texts by Jakuta Alikavazovic open and close the book: the first one is told in French through a woman’s voice, while the latter is told in English from a man’s perspective. The two texts respond to one another, emulating a couple’s conversation, and highlight , not without humor, the following statement: “We’ve spent all this time looking at the same things; and yet that doesn’t mean that we’ve seen the same things.”