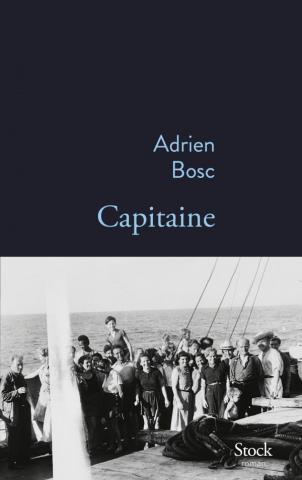 The Capitaine-Paul-Lemerle left Marseille in March 1941, fleeing Vichy France and the devastation of the war. But unlike many other boats doing likewise, this one had some very unusual passengers: Andre Breton, Claude Levi-Strauss, Wifredo Lam, and Victor Serge to name just a few. These extraordinary personalities are joined by refugees, stateless immigrants, and an entire kaleidoscope of other personalities–creating a polyphonic voice that reflects a remarkable cross-section of war-time Europe.

In his clean and fluid style, Bosc displays his mastery of and fascination for gestalt, using this isolated setting as a vessel for both the remarkable stories of these individuals as well as the fate of Europe as a whole.

Bosc is working towards becoming a truly great author; and this book is yet another step forward in that rare direction.