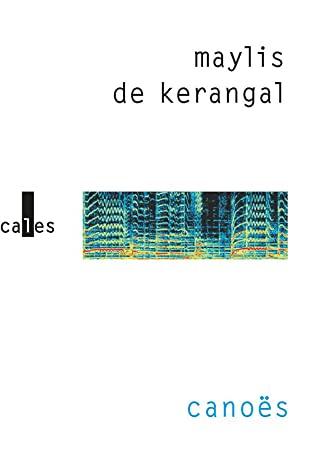 “Bury the dead, Repair the living.” This quote from Oblomov was displayed on the office door of Thomas, the opera singer/nurse in Maylis de Kerangal’s The Heart. The Heart was a choral narrative about a heart transplant where the voice of each character occupied a central place, and Thomas sang all throughout the donor Simon’s operation, a macabre incantation honoring the humanity of the deceased.

Canoës, a splendid collection of interconnected short stories–or a novel in pieces, depending on how you see it–that Kerangal has just released, places itself equally in this balance between life and death. The author explores how grief traverses her characters through a minute study of their voices:

Two old friends meet at a cafe; their friendship is solid, despite periods of silence between them. This time, however, they are having trouble finding their habitual rhythm: something has changed, and the narrator eventually realizes that the pitch of her friend’s voice is no longer the same.

In Mustang, a woman moves into the suburbs of Denver where her partner has received a research grant. The man and child melt into their new life, but she remains guarded, keeping her distanc we and observing the changes in their attitude and voices. The thorough descriptions of the environment seem to mirror the narrator’s efforts to stay afloat amid a feeling of not belonging, of sliding on the surface of this suburban life where nothing seems to make sense, where the geometric ugliness of these neighborhoods with their long rows of identical houses can lead one to despair.

A widow cannot figure out how to erase the voice of her husband from the answering machine, much to the desperation of her daughter.

Kerangal examines the voices of these characters as one deciphers a face. She follows their oscillations and alterations to their point of interference, like the traces of what we are, of what we were. Understanding life, its fluidity, its movement, the marks it leaves behind–this is what seems to be Kerangal’s wild project, which she accomplishes with each book.

Since Corniche Kennedy, the skill and grace with which Maylis de Kerangal–starting with an extremely precise narrative that is defined by sinuous phrasing whose articulations, bursts, and leaps we follow with fascination–has inspired feelings that relentlessly drive the reader to the end of each of her books. We should thus no longer be surprised by her talent. Once again, magic is at work; and sentence after sentence, Kerangal makes us vibrate, moves us, and brings our vulnerability to the forefront.