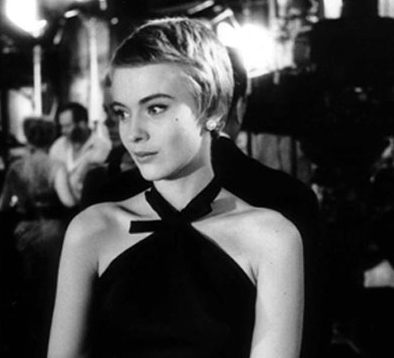 Perhaps more than any other author, Sagan makes a case for the trope “if you want to be a writer, read.” Sagan was a lover of Proust, Stendhal, Gide, and Camus. She read nonstop. She even got her penname from Proust’s works and the title Bonjour Tristesse from a Paul Éluard poem. She was best friends with the daughter of writer and Cultural Counselor André Malraux.

At 18, Sagan churned out this scintillating story about young love and old heartbreak at the beach, and the result was nothing short of a scandal, not only because of the age of the author but because of the unconventional romantic relationship between the main character and an older law student that Bonjour Tristesse depicts.

The 17-year-old protagonist Cécile brings readers through an often romantically explicit, shocking trajectory from bliss to tragedy. As rich in sentimental value as German chocolate cake, Bonjour Tristesse is an emotional tour de force that takes the reader on a rollercoaster through feelings that betray the author’s tremendous emotional intelligence: “For this was the round of love: fear which leads on desire, tenderness and fury, and that brutal anguish which triumphantly follows pleasure.”

“He refused categorically all ideas of fidelity or serious commitments. He explained that they were arbitrary and sterile. From anyone else such views would have shocked me, but I knew that in his case they did not exclude tenderness and devotion—feelings which came all the more easily to him since he was determined that they should be transient.”

For a profound, memorable, gripping read, pick up the short novel Bonjour Tristesse.

Bonjour Tristesse, a novel by Françoise Sagan, translated from the French by Irene Ash, HarperPerennial