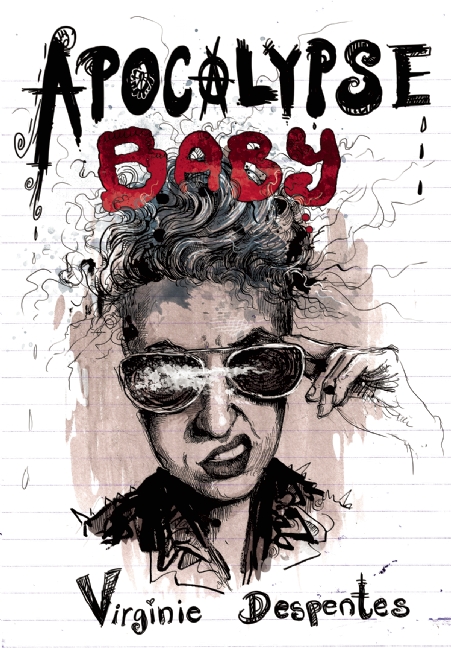 A teenage girl in Paris goes missing. Slips her tail and vanishes. That tail — a hapless, mousy private investigator — is then teamed up with a woman known only as the Hyena, a legendary private investigator herself but with an outsized personality and habits to match, and off they go. They talk to family members, friends, activists, rock stars, criminals, and even a nun, covering ground in two countries as they try to find the girl, fearing the worst and yet eternally hopeful.

The result is a novel unlike any other by an author unlike any other; Apocalypse Baby is a brutal portrait of contemporary society and its failures to deliver on any of the promises its been making, especially to its youth and the recently empowered (i.e. women and minorities).