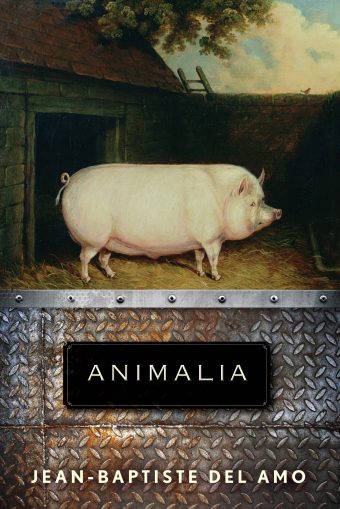 Written in rich sprawling sentences, and abounding in details that would make both Emile Zola and Cormac McCarthy proud,  Animalia  is among the finest pieces of contemporary French fiction in translation that I have read in a long time.

A familial saga that spans five generations, the story traces the short rise and slow devastating collapse of a pig farm in a remote isolated town in the southwest of France. Beginning in 1898, we watch the characters as they traverse the traumas of the twentieth century, observing as they each succumb to various forms of suffering and self-destruction, and witnessing the arrival of factory farming in all of its repulsive power. As each member of the family comes to embrace their own particular darkness, the reader is starkly confronted to the sheer brutality of what it is to be human–our collective oppressiveness, our fixations on death, and our drive to destroy the world around us. Outside of a few images of animals at peace and children at play, Jean-Baptiste Del Amo taps into a vision of western culture that is profoundly despairing but shrouded in Faulknerian beauty.

As a novel in its own right,  Animalia  is a triumph. But the fact that it can also lay claim to being a profound argument for animal rights, as well as a powerful critique of the socio-economic structures that allow for violence against all forms of life, makes this novel something far beyond a simple narrative–something richer, more tangible, and more universal in its condemnation of human mediocrity.

Animalia, a novel by Jean-Baptiste del amo, translated from the French by Franck Wynn, Grove.