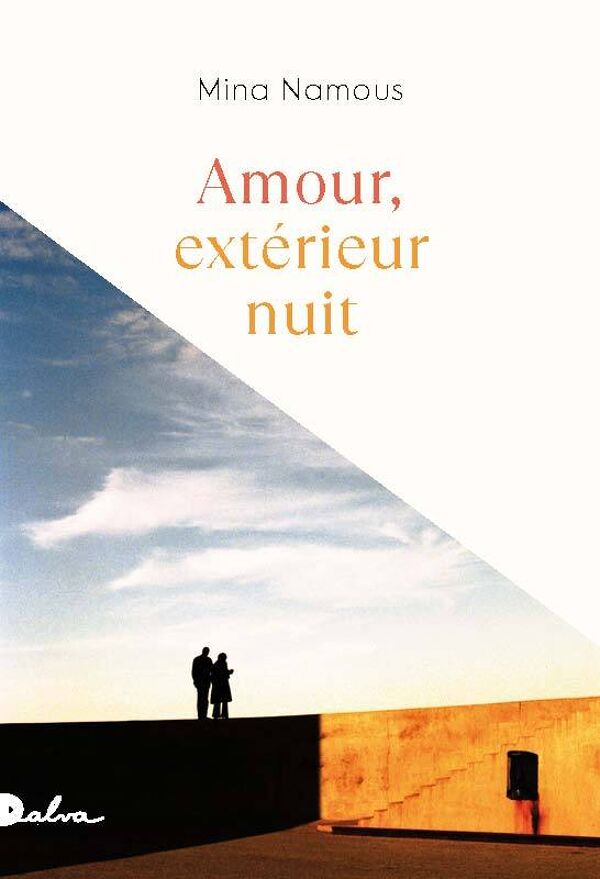 Present-day Algiers: Sarah, young and single, lives with her mother and grand-mother and works in the finance department of a trade company with close ties to European countries. At a work meeting, she meets Karim, an Algerian lawyer based in Paris who represents Sarah’s firm. Between Sarah and Karim, it’s love at first sight, and neither of them will try to resist it.

As the song said, “c’est l’histoire d’un amour éternel et banal, qui embrasse chaque jour tout le bien, tout le mal”. Karim is married, and Sarah discovers progressively the enchantments and the sorrows of being a mistress, remaining clandestine and second fiddle in a story that threatens to consume her whole.

If Amour, Extérieur Nuit fully embraces the literary tradition of adulterous love, it also largely expands that category. Mina Namous makes the best use of the hypersensibility that characterizes lovers to deliver a powerful and sensual portrait of a city, torn between modernity and tradition, just like the protagonists. As we follow Sarah and Karim in their walks across the city, we soak up its atmosphere, an unusual mixture of nostalgia and danger.

We found it impossible to resist the many charms of Amour, Extérieur Nuit, a debut novel that explores the fine balance between desire, love, respecting one’s culture and finding one’s own path in life.