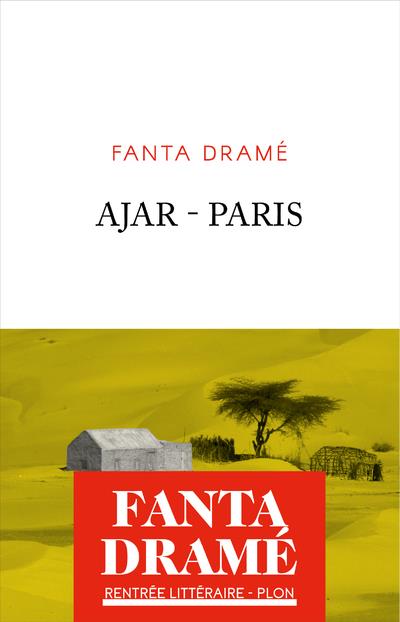 Ajar-Paris is a brilliant, sensitive and powerful story about emigration, and the strong connection between a father and his daughter. How does it feel to be a stranger in your parent’s country? In her autobiographical debut, Fanta Dramé explores this fundamental interrogation as she travels for the first time to Ajar, a small village lost in the Mauritanian desert, for her grandmother’s funeral. Fanta was born and raised in Paris, she knows nothing about Mauritania, and it is a shock for her to discover how different life is here, compared to hers, back in Paris. Following this intense trip, she decides to question her father about his decision to move to France, 40 years earlier, and the challenges he faced as an illegal immigrant.

This powerful novel deals more with emigration than immigration. Because Fanta Dramé’s focus is more on her father’s journey as a whole, on the person he was before his exile, and the person he is now. What matters to her is to understand her father’s double identity in order to find her own place within her family history, and in the world.

What also makes this book beautiful is its wonderful humor, tenderness and thoughtfulness that will make you laugh but also maybe cry.

Dramé is a young French teacher based in Paris. Her novel Ajar-Paris has already received great press in France, and it is a gem of humanity that makes you want to read the next ones!

Paris-Ajar, a debut novel by Fanta Dramé, Plon
Click here to purchase that book with us.

Alice Briez
After graduating with a master's degree in communication and cultural management from CELSA Sorbonne University in Paris, Alice joined the Albertine team for 6 months. After several experiences in museums in Paris and having studied literature, she is thrilled to be able to share her passion for French literature, poetry, photography and art history.
Other recommendations by Alice Briez