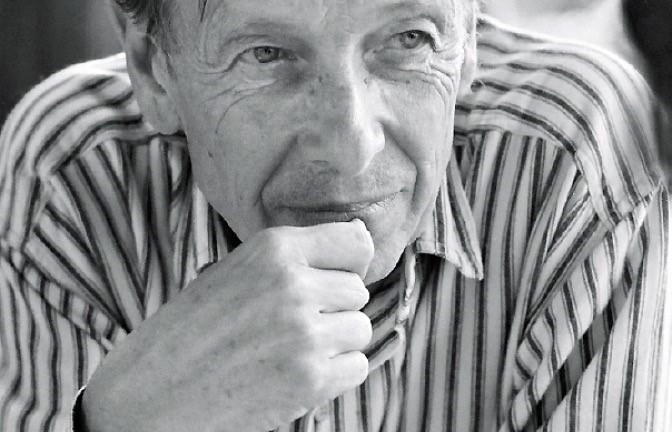 Philippe Jaccottet was not French, but Swiss–even though he spent most of his life in a village in the South of France, where he moved in 1953 at age 28 following his marriage to painter Anne-Marie Haesler. Not French, but Swiss…this has meaning. His education and culture placed him at a crossroads of influences that, from the beginning, were not limited to French literature; he was not monolingual, but exposed to other languages and literary traditions–namely, those of Germany and Italy. Such was the beginning of his lifelong vocation as a translator and a poet, with mentorial and guiding figures such as Hölderlin and Rilke; or on the Italian side, Ungaretti and Montale, among others.

Philippe Jaccottet also belongs to the generation of European poets who were twenty years old when World War II ended. Haunted by this war’s destruction and death, and confronted with the moral and political bankruptcy that it revealed at the beating heart of European civilization, it was necessary to reinvent an uncompromising poetic speech. Jaccottet did so in his own way with a twofold purpose: to mean what he wrote, staying faithful to a both fragile and unmistakable intimate experience, and to repair our relationship with the world, avoiding nihilism by trusting in signs that still bore witness to a way to live happily within it–far from the new deliriums of consumerist society.

Today, at the time of his death, it is striking to note the degree to which his poetry, which makes use of prose as much as free verse, is in line with the ecological concerns he formulated like many others in the 1960s; and which, in his case, led him to a simple way of life tied as closely as possible to nature and its rhythms–a way of life that was faithful to what was for him the life force of the millennial poetic experience shared in diverse degrees by all the world’s cultures.