2 Major Anthologies of Poetry for Your Summer!

One thing that Anne Sexton and Etel Adnan have in common is that their stellar body of work has been overlooked for shockingly too long in France. We can only hope that the time may have come for a long overdue celebration of their talent, as this year Editions Points Poésie has published an anthology of Adnan’s poems, established by the author herself, and Editions des Femmes has released Tu vis ou tu meurs, an anthology of Sexton’s poems written between 1960 and 1969, in a masterful translation by Sabin Huynh. 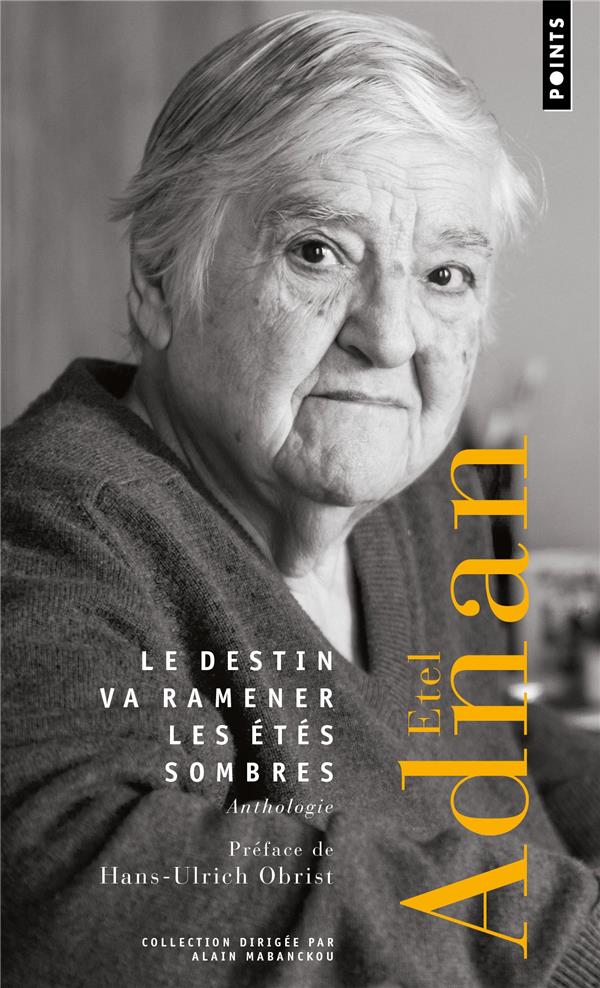 Born in Beirut, Lebanon to a Greek Christian mother and a Syrian Muslim father, Adnan was raised speaking multiple languages. She spoke both Greek and Arabic at home with her parents, but French eventually became her primary language after enrolling in a Catholic school at the age of five. Decades later, she distanced herself from the French language during the Algerian War, becoming aware of  its colonialist essence.

The observation of nature, the experience of exile and political, social, and gender-based injustice fuel Adnan’s poetry. Nature is ubiquitous in Le Destin va ramener les étés sombres, an anthology composed by the author herself, which celebrates the state of wonder provided by the contemplation of landscapes. “Ecrire, c’est dessiner”  was the title of a retrospective devoted to her art at Centre Georges Pompidou, an astute and elegant tribute to the artist who considered writing and painting as the two sides of a same coin. A strong admirer of Van Gogh, Adnan liked to stress that ‘To a degree, Van Gogh writes on his canvas, he is writing a landscape.” Certainly, this also offers an invitation for us to look at her paintings from the same perspective.

Words and colors were equally valued tools for this artist, whose dream was to recreate her Way of The World, to paraphrase Nicolas Bouvier: « Ah, pénétrer la réalité comme un bateau pénètre la nuit ! » 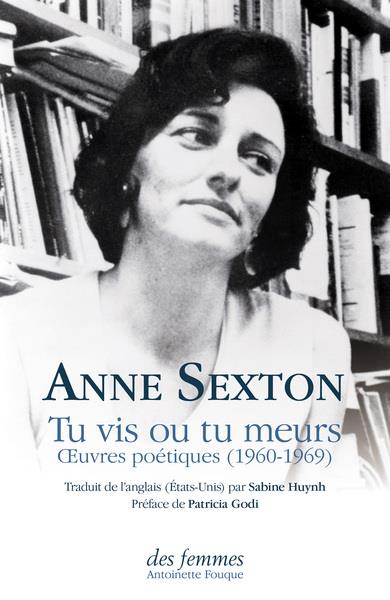 Acclaimed in the US as one of the major work of poetry of the mid 20th Century, alongside Sylvia Plath’s or Robert Lowel’s, but largely unknown in France, four collections by Anne Sexton were published this year in France for the first time under the title Tu vis ou tu meurs, in a majestic translation by Sabine Huynh by éditions des Femmes.

A woman, a wife, a mother, a writer, a psychiatric patient, Anne Sexton represented not only an entire cast of characters, but she also embodies the culture’s malaise discomfort as depicts by Betty Friedain in The Feminine Mystique. Seizing the language of pop-culture – from advertising to sci-fi – Sexton used uses it to expose the nightmare behind the white picket fence, and deconstruct deconstructs the carefully constructed propaganda of the American housewife. She wrote through mental illness, familial burden, from a life that seems privileged and affluent at least from the outside.

According to Diane Hume George, “Sexton explored the myths by and through which our culture lives and dies: the archetypal relationships among mothers and daughters, fathers and daughters, mothers and sons, gods and humans, men and women. She perceived, and consistently patterned in the images of her art, the paradoxes deeply rooted in human behavior and motivation. Her poetry presents multiplicity and simplicity, duality and unity, the sacred and the profane, in ways that insist on their similarities—even, at times, their identity. In less abstract terms, Sexton made explicit the intimacy of forces persistently treated as opposites by the society she lived in.”

The publication in France of Sexton’s work is long, long overdue.  Let’s hope that French readers won’t pass on this incredible treasure.