Our Favorite English-Language Art Books of 2019

Our selected favorites from the year range in style and price. From the exceptional fashion drawings of Marc-Antoine Coulon to the retrospective collected works of Laurie Anderson to the aesthetic musings of Marcelline Delbecq, there is certainly something of interest for those who are artistically inclined. 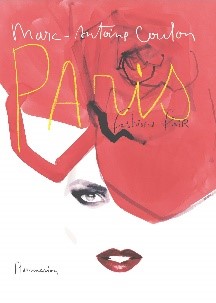 As fashion illustration enjoys a renaissance in magazines and couture campaigns, Coulon’s drawings have been commissioned by everyone from Vogue to Dior to private collectors. They offer readers a joyful and breathless tour of everything fashionable in Paris. 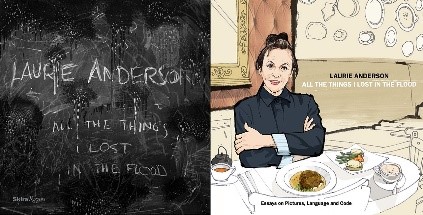 All The Things I lost in The Flood by Laurie Anderson

A few years ago, Anderson began poring through her extensive archive of nearly forty years of work, which includes scores of documentation, notebooks, and sketchbooks. In the process, she rediscovered important work and looked at well-known projects with a new lens. In this landmark volume, the artist brings together the most comprehensive collection of her artwork to date, some of which has never before been seen or published.

All The Things I lost in The Flood by Laurie Anderson, Rizzoli Electa

Marcelline Delbecq’s Camera stitches itself together from a constellation of inquiries into photography as a practice of intuition and enigma. Delbecq interlaces works of film, photography, and writing to open a dialogue with herself, investigating photography’s impulse to reach outward. Camera forges an interplay between movement—the kind that lingers behind visual objects—and stillness, implicating a theory of the image as an interpretative, embodied act. With the fixity and power that looking at photographs enables, Camera builds an awareness, like that of Chris Marker’s distinction between Russian and American filmmakers, that unravels notions of “as above, so below.”

Camera by Marcelline Delbecq, translated from the French by Emeline Landon