Lives Other Than His Own

At this point it’s no secret that Emmanuel Carrère’s books consistently straddle the line between fiction and biography (and even autobiography). His novel The Adversary was a re-telling of the infamous, horrific story of Jean-Claude Romand, and the book My Life as a Russian Novel — despite the nod to fiction in its title — is a deeply personal account of his attempt to understand his family’s past and his own inability to stop himself from hurting a woman he loves dearly. And yet in both books, the style remains the same because the passion for investigating personal motivations and psychological underpinnings of even the most mundane actions, especially those that affect the people around us, is the same, and just as intense. For Carrère, writing is a way of vivisecting humanity, a way to try to understand the little things that make us tick and that we often cannot change about ourselves. Perhaps because he’s approaching these fundamental truths about life, he employs a deceptively straightforward style whose complexity and challenge  emerges not with ten-dollar words or convoluted rhetoric, but with a compounding demand on the reader to ask questions of oneself. It makes for a slightly-harrowing and yet ultimately deeply satisfying reading experience.

If you’ve never read his work, I’d suggest starting with the pair of novellas that are published in the U.S. in a single volume: The Mustache and The Class Trip. The first concerns an average man who, on a whim, decides to shave off the mustache he’s had for years. The problems begin when his friends and family — even his wife! — not only fail to notice that he’s shaved, but outright deny that he ever had a mustache in the first place. Unable to reconcile his own memories with what he’s being told, the man begins to question his sanity, which is itself an indication that perhaps he isn’t the rational and sane man he believes himself to be… The Class Trip is equally unnerving, but for very different reasons. Here the story focuses on the over-active imagination of a schoolboy who convinces himself that a fellow classmate who’s gone missing during the titular ski trip has met a horrible end, and yet as reality converges towards the end of the story, we see that perhaps the boy wasn’t as crazy as we wanted him to be…

Another wonderful Carrère book is his “biography”of sci-fi writer Philip K. Dick, which deserves praise simply for its title: I Am Alive and You Are Dead: A Journey into the Mind of Philip K. Dick. At first blush this might seem like a weird subject for Carrère; Dick, after all, set his novels in distant galaxies and populated them with green aliens and humanoid robots. But, as any devoted fan of Dick’s one-of-a-kind brand of sci-fi will tell you, his work is also highly psychological and philosophical, the outlandish plots and scenery merely settings for his endless investigations into the nature of the universe as experienced and influenced by humanity. Carrère’s account of Dick’s life, though perhaps a bit inaccurate, shines in the sections where he unravels Dick’s various mindsets and influences —personal issues, scholarly obsessions, political shifts, technological discoveries, drugs, etc. —as he wrote various novels, giving those books new meaning and understanding, and thus giving us a better picture of Dick’s overarching ambition in the process. A must read for any fan of PKD.

Last but not least, the inspiration for this post: Limonov: The Outrageous Adventures of the Radical Soviet Poet Who Became a Bum in New York, a Sensation in France, and a Political Antihero in Russia. Recently published in English, the book once again mixes reportage, biography, and elements of fiction, all of which are inherently necessary when telling a story as outrageous as Limonov’s. Julian Barnes, in a review for The Guardian, addresses this fact straightaway, saying: “This is a most peculiar book. It is published here [the U.K.] as fiction (as it was in France, where it won the Prix Renaudot), but – even allowing for the capaciousness of that form – isn’t remotely a novel. Rather, it is a biography whose author only interviews its subject – and then, very unsatisfactorily – when he has already written a full draft.” For the record, and likely motivated by a different set of marketing mores, the book has not been published as a novel here in the U.S., but that might be entirely beside the point. What is important is that if you’re looking for a writer that will challenge our perception of truth, fiction, history, and invention, look no further than Emmanuel Carrère. 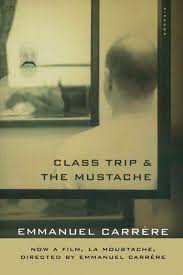 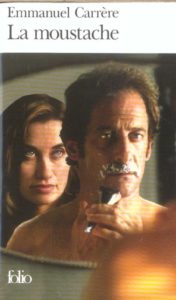 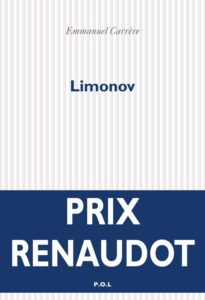 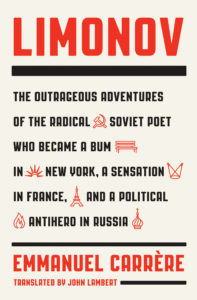