When Will France Have its Barack Obama? 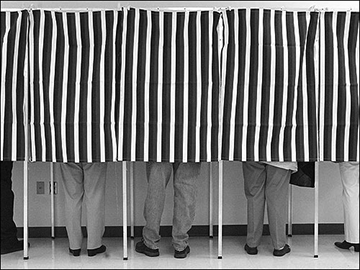 This panel will discuss the differences in construction of identity in France and the United States. We want to know what specifically allowed for Barack Obama in the U.S. and how a similar evolution could happen in France. Barack Obama’s election in 2008 was celebrated as the advent of a “post-racial” America, coming to terms with its diversity and redefining its identity. At the end of his second term in office, the political debate on both sides of the Atlantic revolves more than ever around issues of identity, of common values, and inclusion of minorities. Reflecting both countries’ singular histories, journalists Iris Deroeux and Jelani Cobb and historians Pap Ndiaye and Benjamin Stora will debate issues regarding political representation of minorities and explore how these questions figure among the challenges facing liberal democracies today.

Jelani Cobb has contributed to The New Yorker since 2013 and writes frequently about race, politics, history and culture. A former associate professor of history and director of the Africana Studies Institute at the University of Connecticut, his forthcoming book is entitled Antidote to Revolution: African American Anticommunism and The Struggle for Civil Rights, 1931-1957.

Iris Derœux is a United States correspondent for the website Mediapart. She writes about the evolution of the American Left and contemporary social issues, from antidiscrimination law to Black Lives Matter. In 2016, she produced a series of programs for Mediapart on race relations and activism in France and the U.S.

Pap Ndiaye is a pioneer of Black Studies in France. A specialist in the social history of minorities, he is the author of La Condition noire, Les Noirs américains: En marche pour l’égalité and, recently, Histoire de Chicago, co-authored with Andrew Diamond. Ndiaye is also a professor at Sciences Po Paris.

Benjamin Stora is a historian whose work centers on North African—specifically Algerian—history. He is board president of France’s National Museum of the History of Immigration and author of works including Histoire de l’Algérie, A History of Jewish-Muslim Relation (with Abdelwahab Meddeb) and Les Mémoires dangereuses. He has also served as a historical advisor on films, including the Oscar-winning Indochine.

Ta-Nehisi Coates is a writer, journalist and educator. A national correspondent for The Atlantic, he writes about cultural, social and political issues, particularly regarding African-Americans. Following his 2008 memoir, The Beautiful Struggle, he released the bestselling book Between the World and Me, which won the 2015 National Book Award for Nonfiction. Coates just completed a year in Paris on a writing fellowship.