Violence & Civility: On The Limits of Political Philosophy 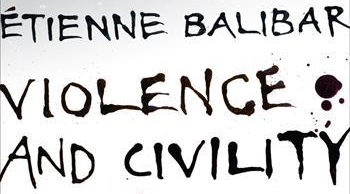 Etienne Balibar and Carlo Accetti will discuss the impassioned argument in which the French philosopher boldly confronts the insidious causes of violence, racism, nationalism, and ethnic cleansing worldwide. Through a novel synthesis of theory and empirical studies of violence drawn from contemporary life, Balibar tests the limits of political philosophy to formulate new, productive conceptions of war, revolution, sovereignty, and class. Through a lively engagement with Marx, Hegel, Hobbes, Clausewitz, Schmitt, and Luxemburg, Balibar advances a new understanding of politics as antiviolence and a fresh approach to achieving and sustaining civility. Rooted in the principles of transformation and empowerment, Balibar’s versatile theory brings hope to a world increasingly divided by difference even as it draws closer together.

This event is co-organized with the Alliance program at Columbia University.

Carlo Invernizzi Accetti is an assistant professor of political theory at City College, City University of New York, and an associate researcher at the Center for European Studies of the Institut d’Etudes Politiques de Paris (Sciences Po). He is the author of Relativism and Religion: Why democratic Societies Do Not Need Moral Absolutes to be published in November 2015 by Columbia University Press.