The Will to See, An Evening with Bernard-Henri Lévy

Over the past 50 years internationally acclaimed author, philosopher and activist Bernard-Henri Lévy has reported extensively on human rights abuses around the world. The Will to See: Dispatches from a World of Misery and Hope is the culmination of Lévy’s reporting trips through eight international hotspots — Nigeria; Syrian and Iraqi Kurdistan; Ukraine; Somalia; Bangladesh; Lesbos, Greece; Libya; and Afghanistan—that have escaped global attention or active response. Part manifesto, part missives from the field, The Will to See is a stirring rebuke to indifference and an exhortation to level our gaze at those most hidden from us.

On Thursday, November 4th, at 6:00pm, join Bernard-Henri Lévy as he discuss his latest book, The Will to See: Dispatches from a World of Misery and Hope (Yale University Press) with writer, editor, and foreign policy analyst Jonathan Tepperman.
Media partner: Octavian Report.

The conversation will be held in English. This event is free. Please note that RSVPs are required as entrees are limited. Please click here to receive your ticket. Vaccination status will be checked upon entry.

Bernard-Henri Lévy is a philosopher, journalist, activist, and filmmaker. Among his dozens of books are American Vertigo, Barbarism with a Human Face, and Who Killed Daniel Pearl? His writing has appeared in a wide range of publications throughout Europe and the United States. His films include the documentaries Bosna! A Day in the Death of Sarajevo, Peshmerga, The Battle of Mosul, and Une autre idée du monde. Lévy is co-founder of the antiracist group SOS Racisme and has served on diplomatic missions for the French government.

Jonathan Tepperman is a writer, editor, and foreign policy analyst. He is the former Editor in Chief of Foreign Policy magazine and the author of the critically-acclaimed 2016 book The Fix: How Countries Use Crises to Solve the World’s Worst Problems. Tepperman has written regularly for The New York Times, The Washington Post, The Wall Street Journal, The Atlantic, Newsweek, The New Republic, and many others publications, and served as a columnist at the International Herald Tribune and Newsweek. He is the coeditor of the books The U.S. vs. al Qaeda (2011), Iran and the Bomb (2012), and The Clash of Ideas (2012). Tepperman is a member of the Council on Foreign Relations, sits on the Persuasion board of advisors, and is a Fellow of the New York Institute of Humanities. 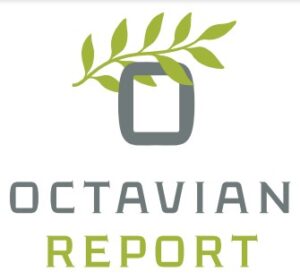 In English. Free. RSVP required. Please click here to receive your ticket. Vaccination status will be checked upon entry.